Learning how to cut bull calves at the first branding of the year!

Brandings are like block parties on ranches. Everyone comes from neighboring ranches to rope calves and lend a helping hand. It’s always so much fun, and everyone looks forward to them. I will be honest and tell you, I don’t love brandings. I hate to see the babies get roped, vaccinated, and branded, but it’s necessary, and doesn’t last long. Rodney, Greg’s uncle,  always says that he breathes a long sigh of relief once a branding is over, and I am the same way. 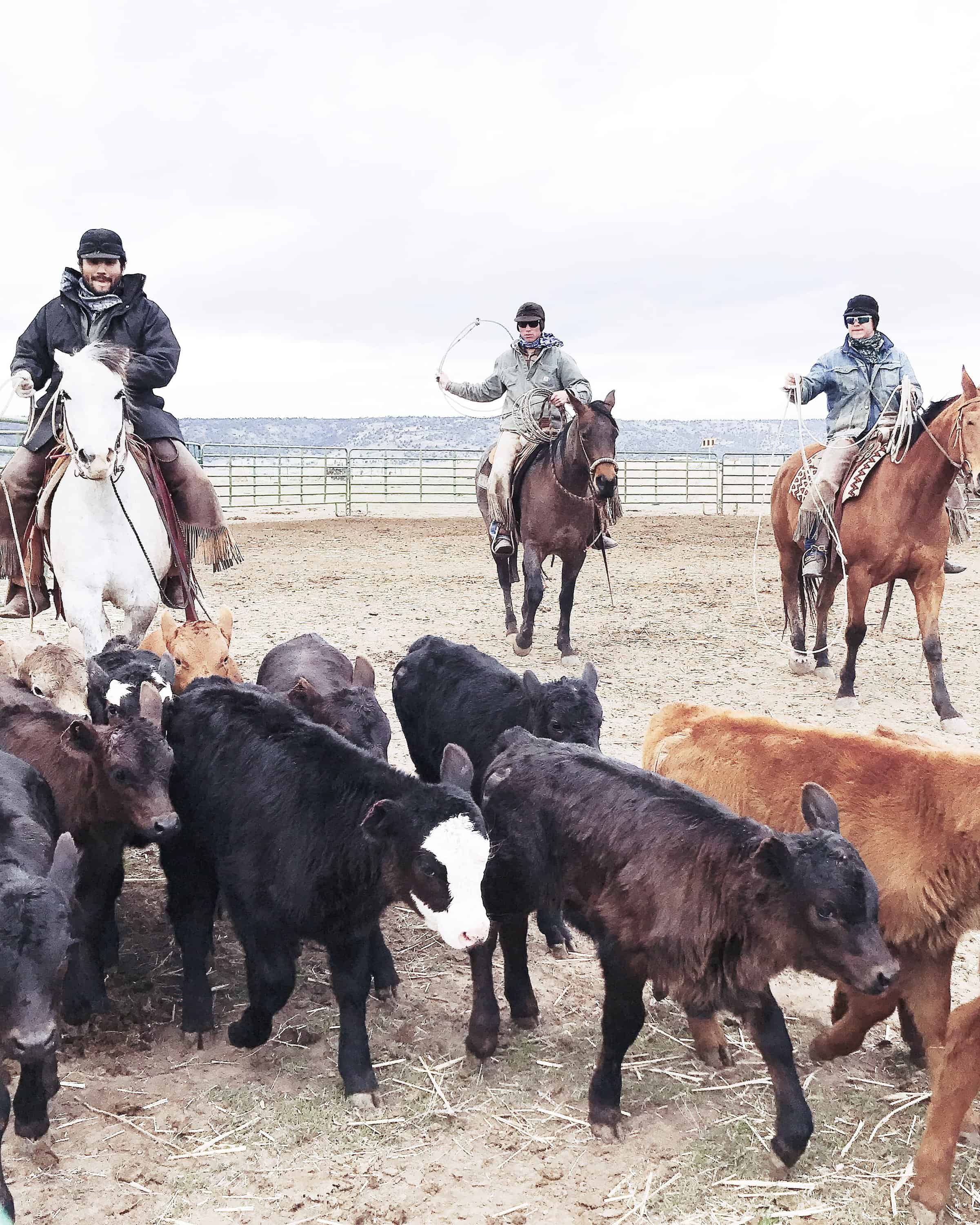 It was a cold week here on the ranch with wind, rain, and snow. Actually, quite a bit of snow. The boys scheduled a branding midweek, but I figured it would get canceled because of the turbulent weather. However, cowboys don’t seem to mind a little weather so the game went on rain or shine.

I was running late – per usual – because our baseboard had arrived damaged. I had to file a claim, take photos, and sign lots of paperwork, but when I finally left the house, the rain had passed and just the wind remained. I headed out to the Cow Palace, stopping to open and close a few gates, and got to the branding just in time to help.

At most brandings, there’s food and beer and lots of fun, but our brandings are to-the-point because Greg’s uncle isn’t one for horseplay or alcohol. One time, the boys brought out beer after they thought Rodney had gone home… they were surprised when he pulled back up the road, scrambling to hide the evidence. Now, no one dares to bring beer, but at least we have sodas for the crew. I of course, brought a few La Croixs from home. 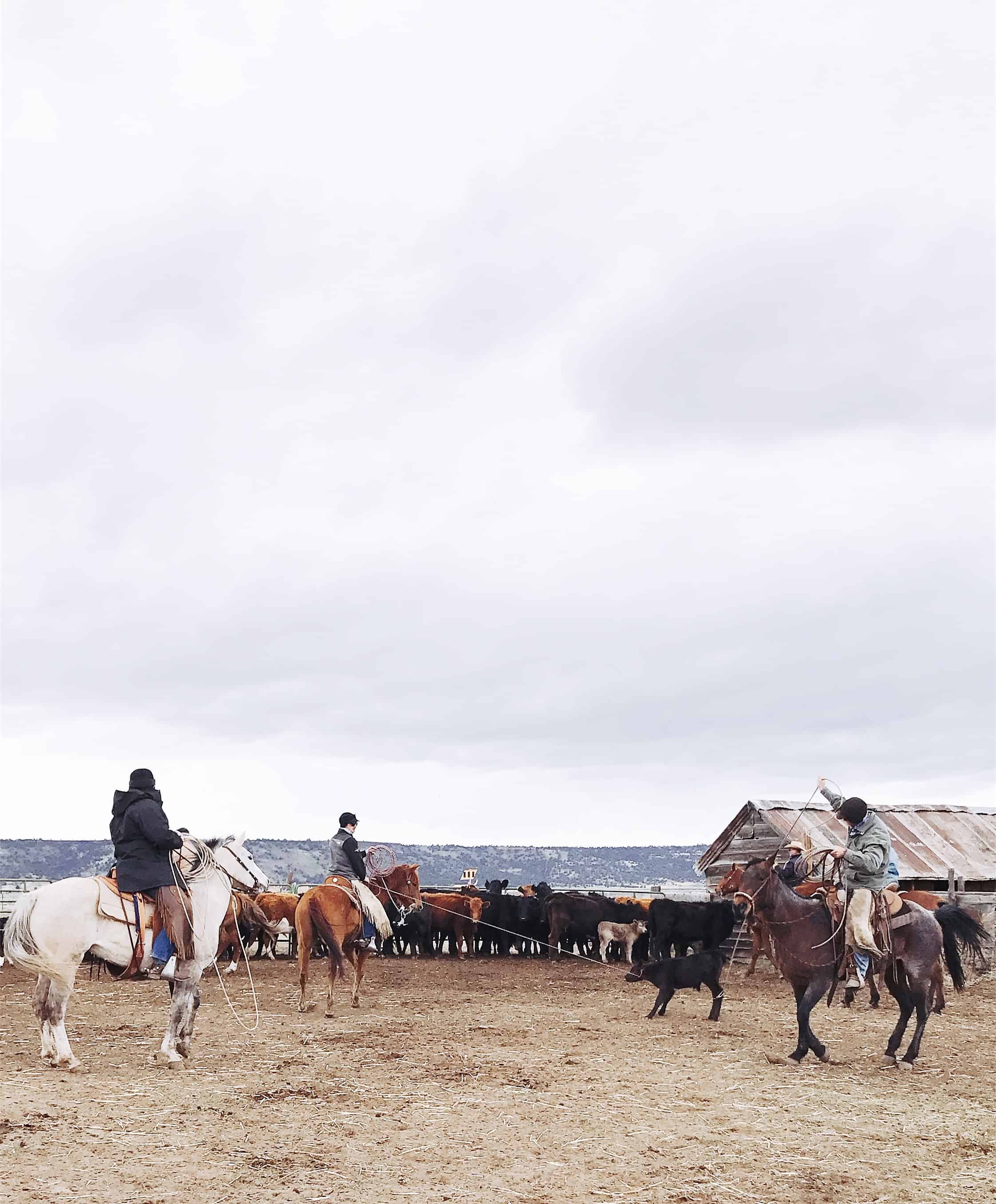 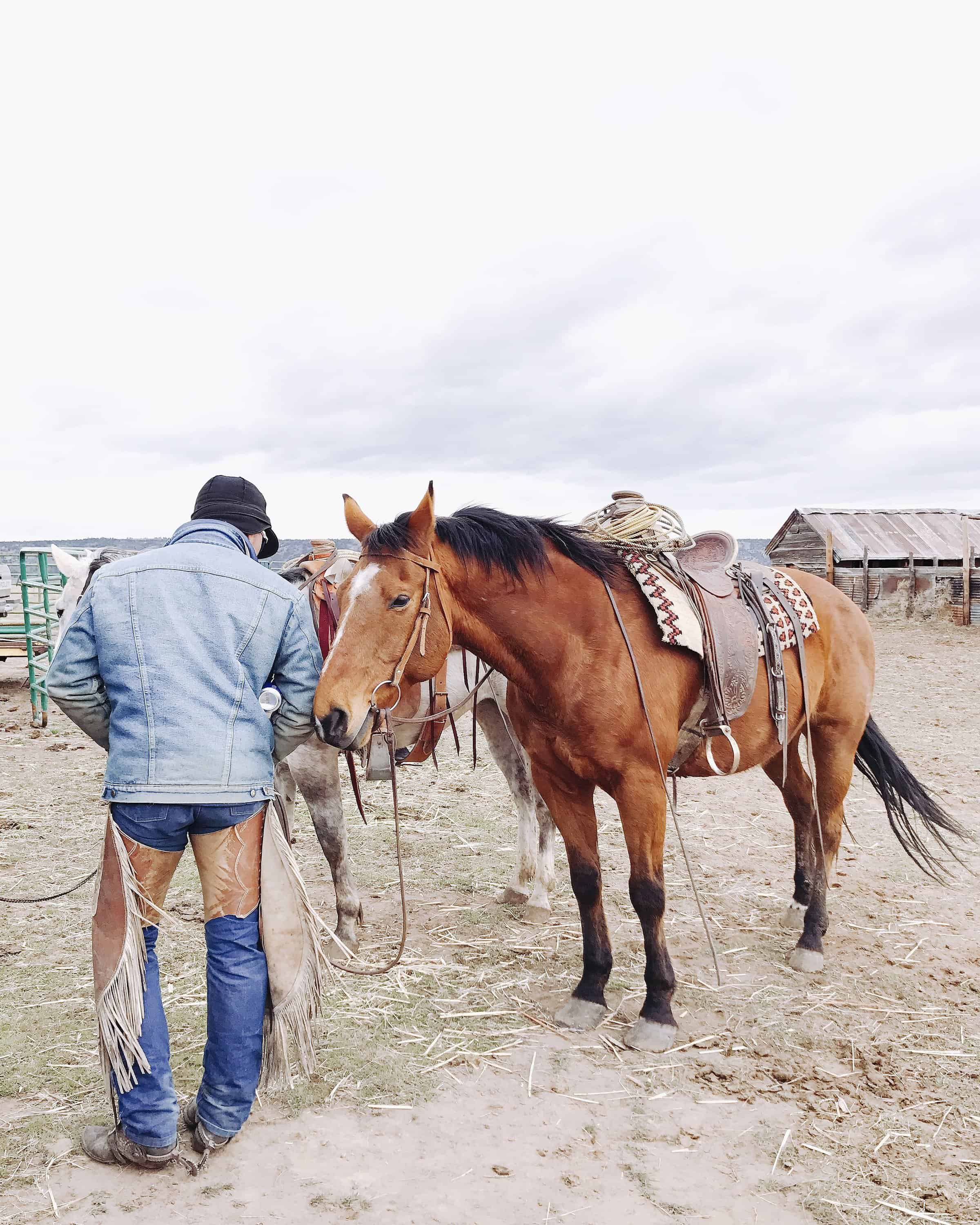 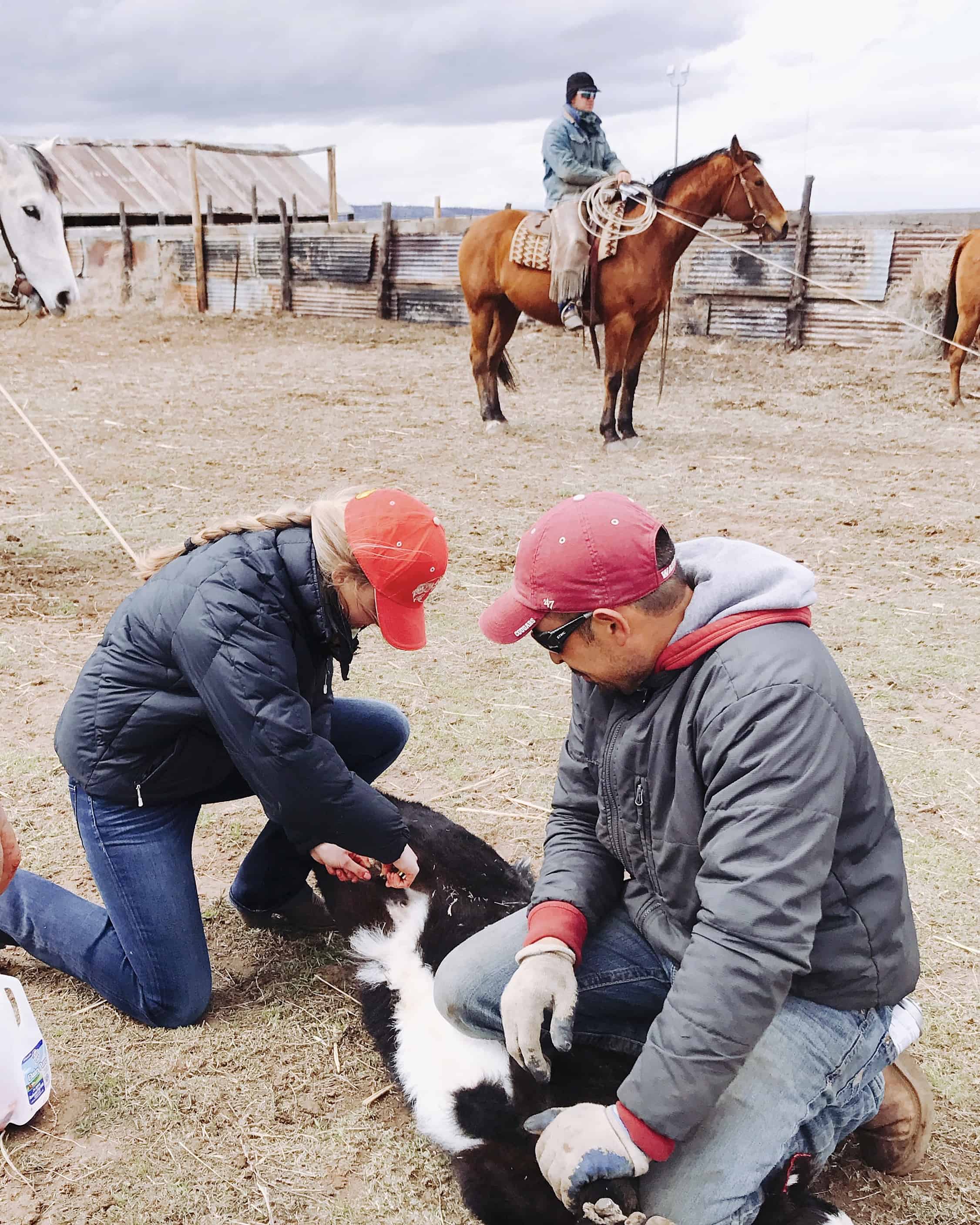 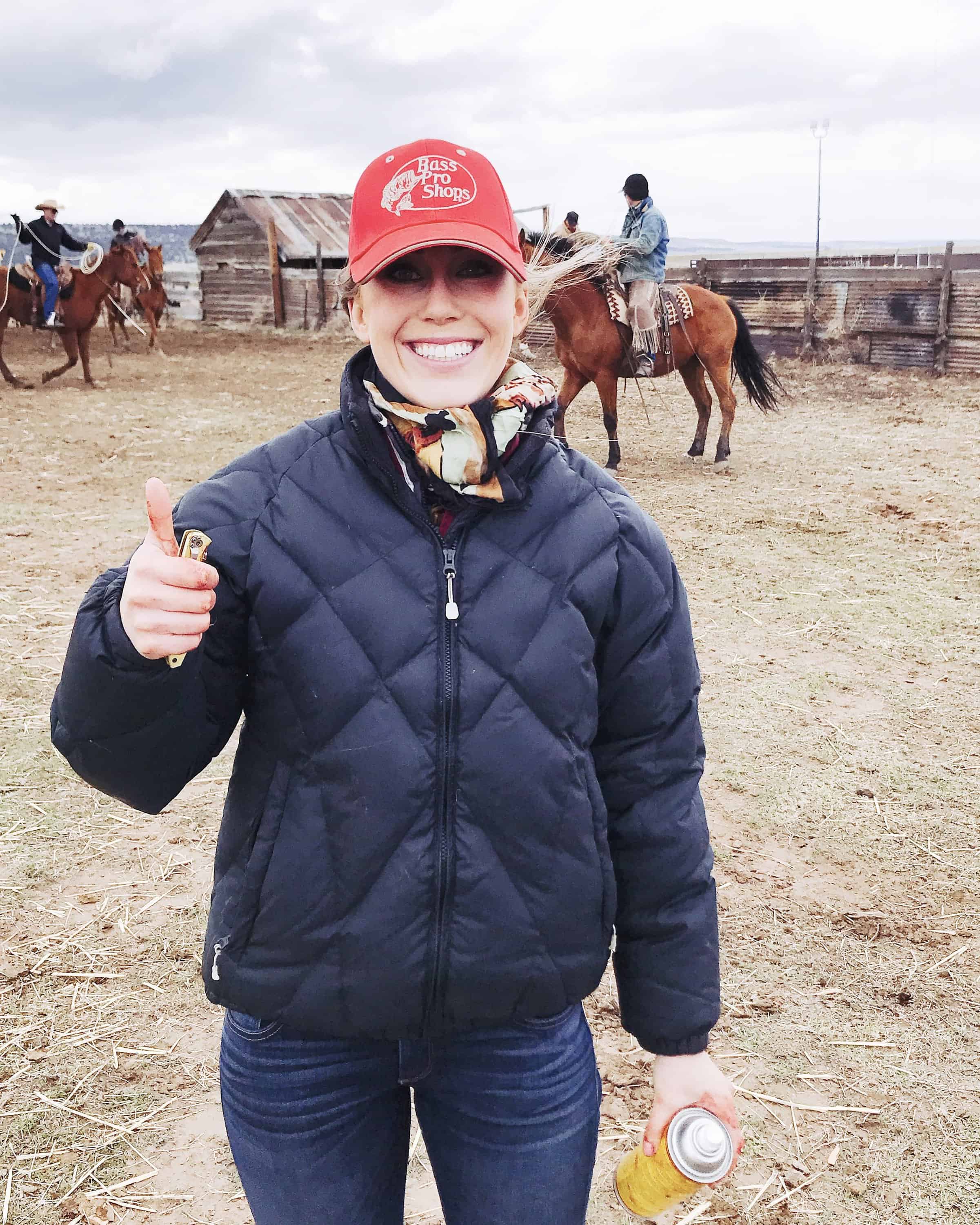 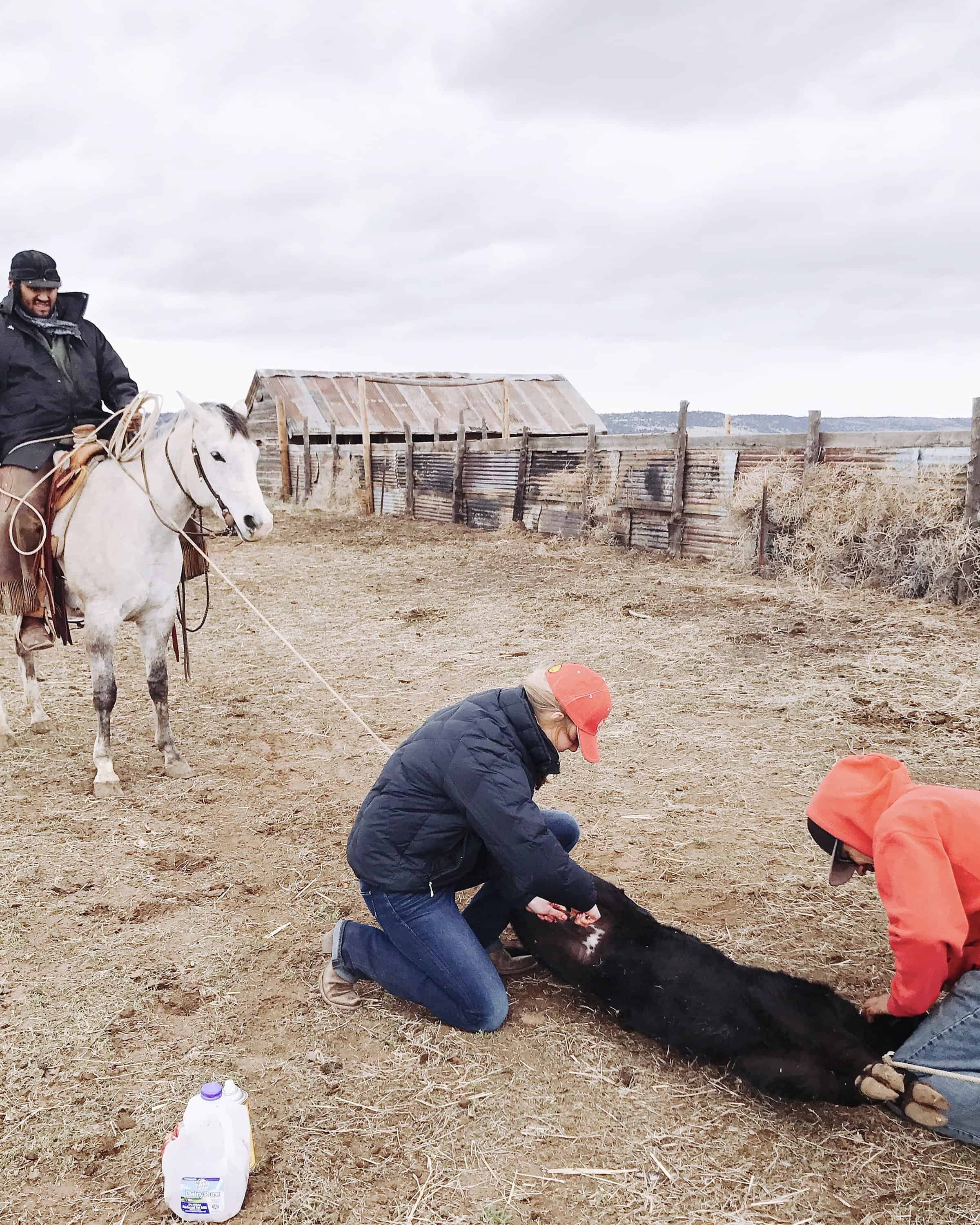 I headed out to the ground crew where Greg was heating up a branding iron and asked if I could help cut the calves. Since I already learned how to cut the bulls, I figured calves would be a piece of cake. Emiliano showed me how to do it on one of the calves – slicing the tip of the sack off with a knife, using your hand to run the testicles out, pulling them up towards the belly, removing the extra skin, and rubbing the blade across the vein until the job was done.

He showed me that rubbing the knife over the vein and scratching away at it rather than cutting with a clean slice leaves much less blood, and after a few tries, I had it mostly down. Alex gave me a few tips – reminding me to pull the testicles towards the belly, and to make sure all of the extra skin was removed before I cut.

I remember last year at this branding I was not interested in helping, in fact I had just come from town and was wearing a tennis skirt. It’s funny how much can change in a year. I am always so grateful for Emiliano’s patience with me, he is such a wonderful teacher, and we are so lucky to have him!

Come back on Tuesday – I’m going to share photos from turning the branded calves out onto the summer rangeland. See you then!