Here on the ranch we have about 15 employees, give or take, depending on the season. They gather together twice a day to share a meal – a sneaky way to turn lunch breaks into meetings. Some of the ranches don’t follow this tradition any longer, but there are still a few who do, and we are one of them. 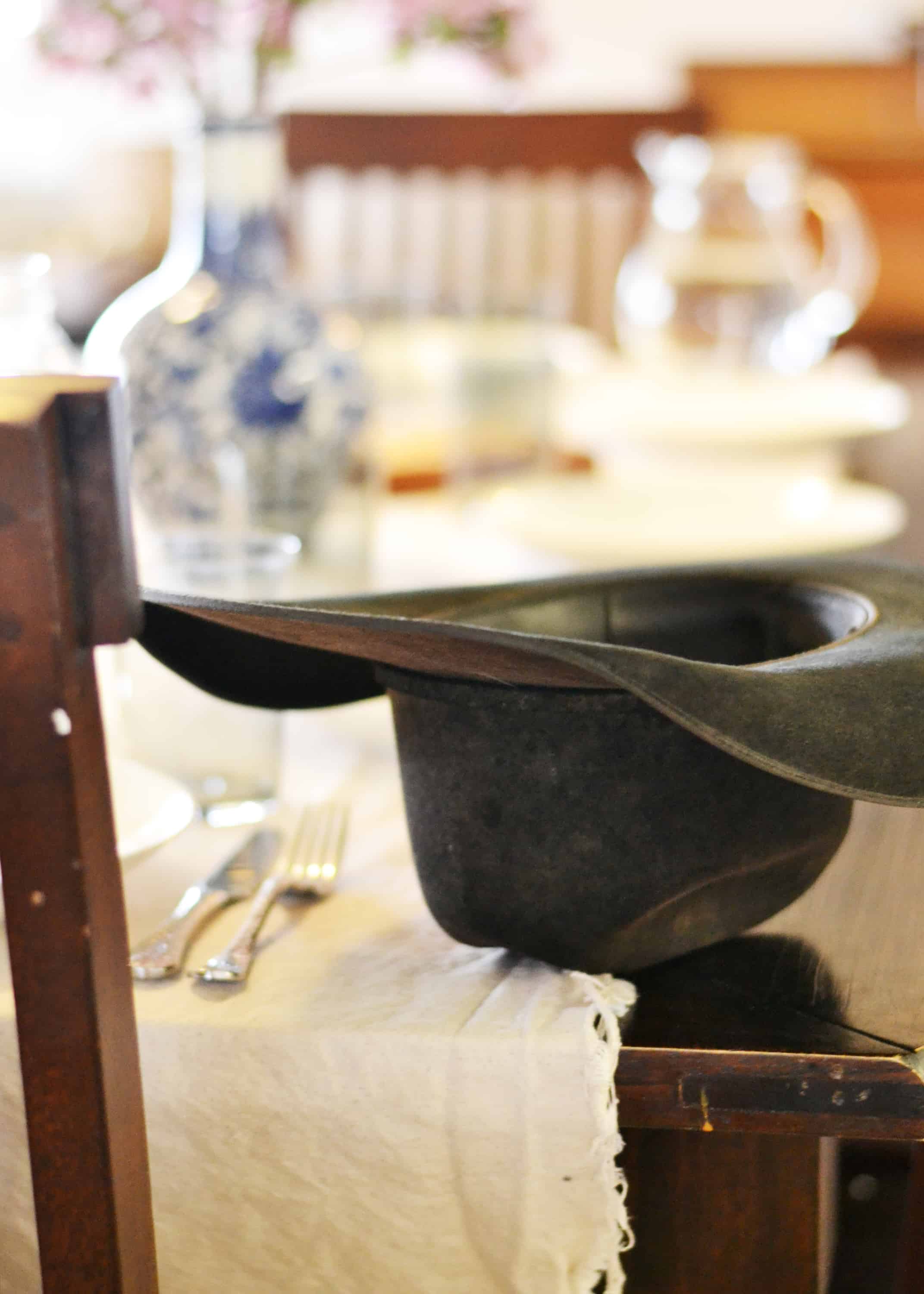 Each of these meals is served in the cookhouse, and each cookhouse has a cook. We have a rotation of three ladies who alternate cooking duties, but one of the neighboring ranches has one cook who cooks every meal. I don’t know how that’s physically possible, but she does it.

I tried cooking at the cookhosue two summers ago – and quit after two days.

Not that I don’t love to cook, but cooking for a crew of 15 guys is no easy feat. It’s sort of like kitchen wars because you’ve got a set ingredient list, and a tight time frame. The boys are lucky that they didn’t just get chopped fruit when I cooked for the first time. That’s actually quite a funny story, I will have to write about it one of these weeks.

I only volunteered because I knew that if I cooked at my house, I would get to pick the ingredients, and I would also have the option of pouring myself a glass of whiskey should things go south.

I decided on stuffed peppers (they turned out GREAT! I modified the recipe below), meatballs, boiled beans (mandatory), tortillas (also mandatory), sautéed veggies, and strawberry pie (not mandatory, but necessary). 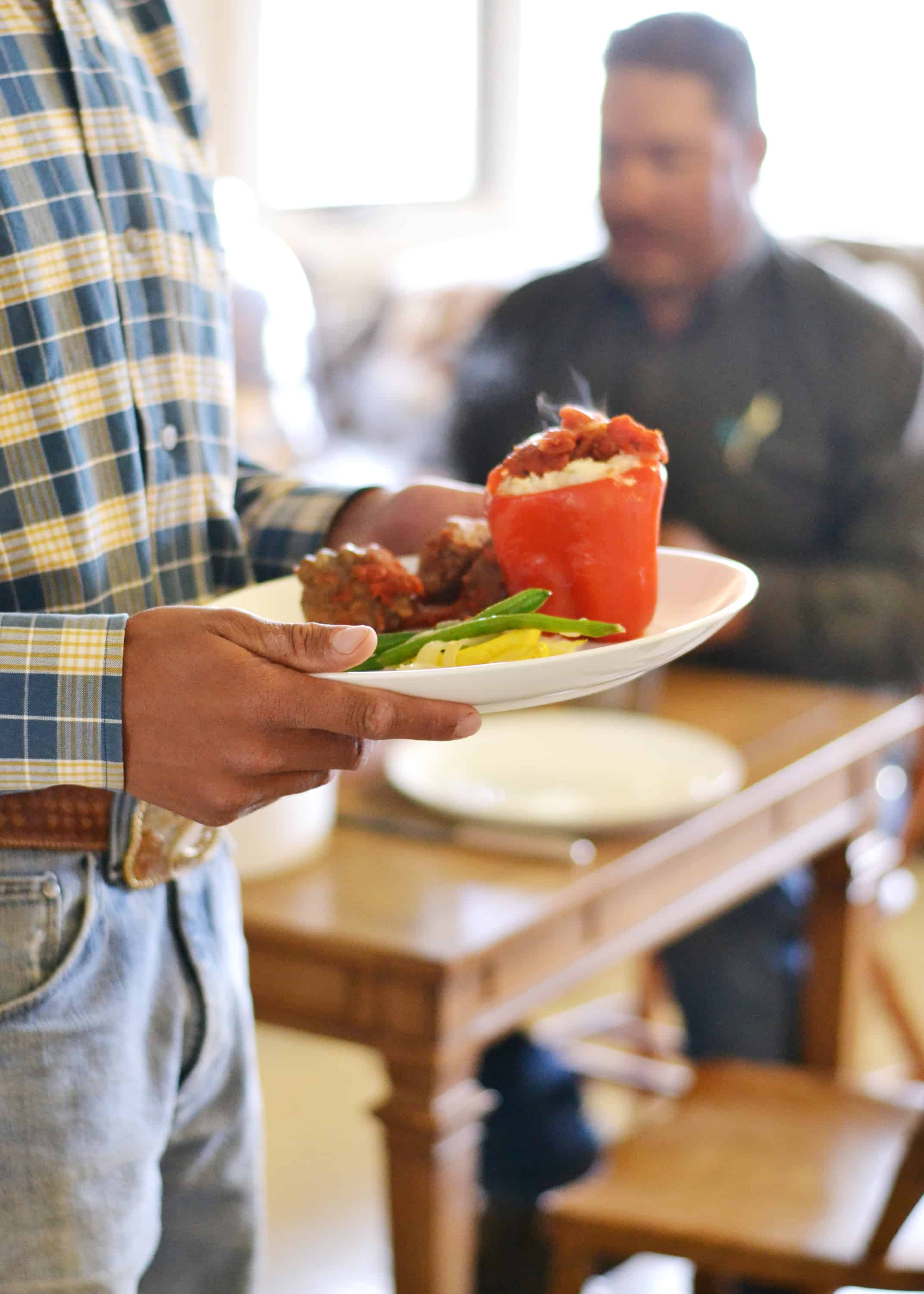 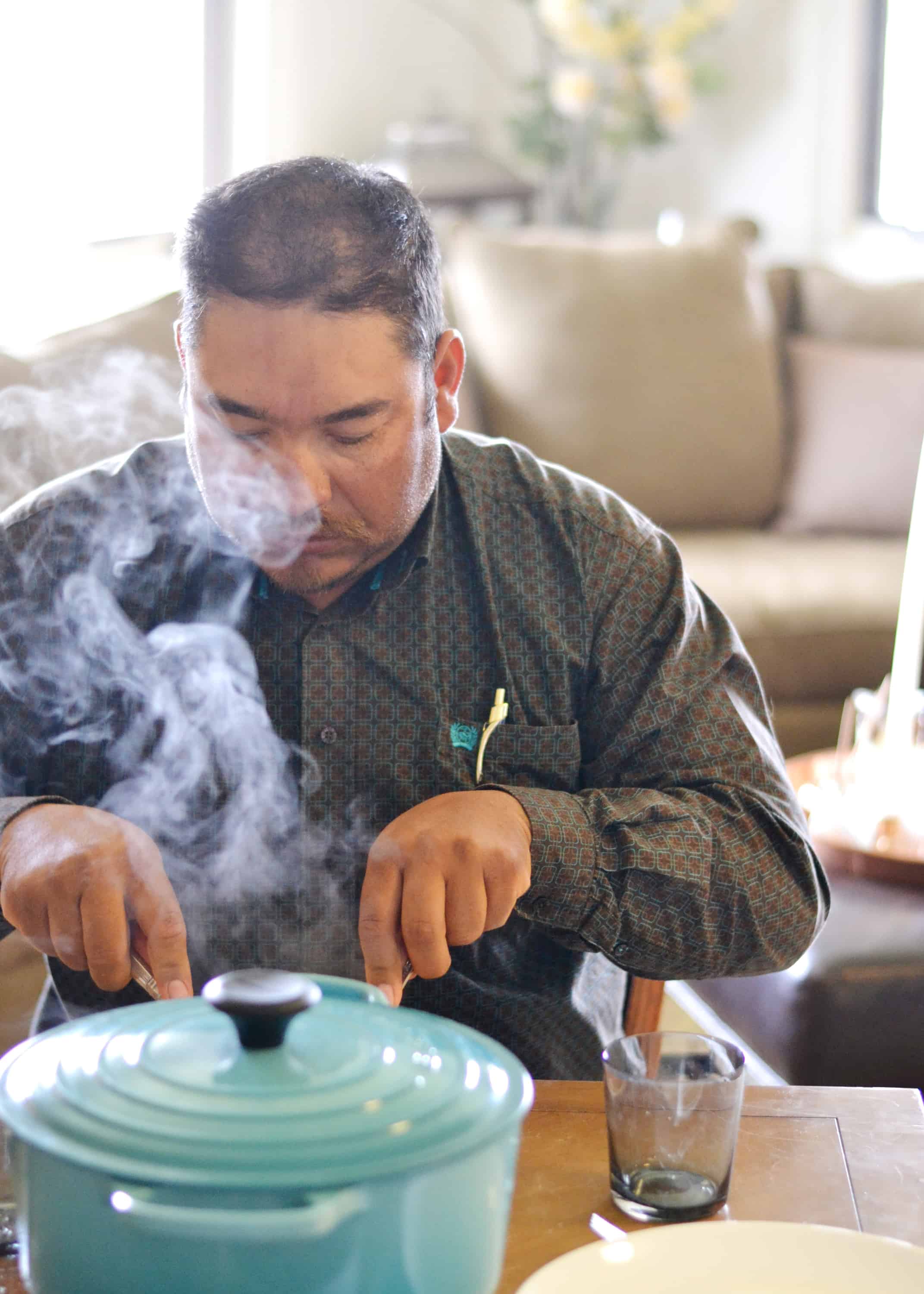 The morning started out at 9 am – mixing meatballs, soaking beans, snuggling goats, making pie dough, snuggling goats, feeding goats, starting sauce, snuggling goats. Then all of a sudden it was 11:30 and the boys were going to be there at 12:45, and I didn’t have the peppers started, and where the hell did I put the whiskey?

I started to panic, and was glad I had deodorant on because the panicking lead to sweating, and heavy breathing, and sitting in a corner hyperventilating wondering if they would notice if I served Bush’s baked beans instead of the healthy boiled beans that they ate at every single meal and were certain they’d die if they didn’t have.

Then I remembered Herminda’s number (the normal cook that makes a mean chile relleno), and speed dialed her like 911! Herminda came to my rescue. In no time flat she had those peppers hollowed out, beans boiling, veggies perfectly julienned, and table set. She was the fairy godmother of dinner cookin’.

I reflected that maybe all of the goat snuggling wasn’t quite necessary.

The guys arrived to hot food on the table just as the hail started coming down outside, and I fibbed and told them the tortillas were homemade, although I don’t think they believed me.

The meatballs were a hit, of course they were because I added an entire package of hot dog buns to the mix (which is a great way to make you fall in love with meatballs even more), and the peppers were fantastic. After dinner, everyone sat around eating strawberry pie, and Antonio played the piano that only gets played once a year because no one in our family knows how to play the piano.

Before leaving, Herminda helped me do all of the dishes (fairy godmother status), and even wiped the countertops down for me. I contemplated asking her if she would just move in with us, but I don’t think she’d approve of goats in the house, so I backtracked, that was just a deal breaker for me. 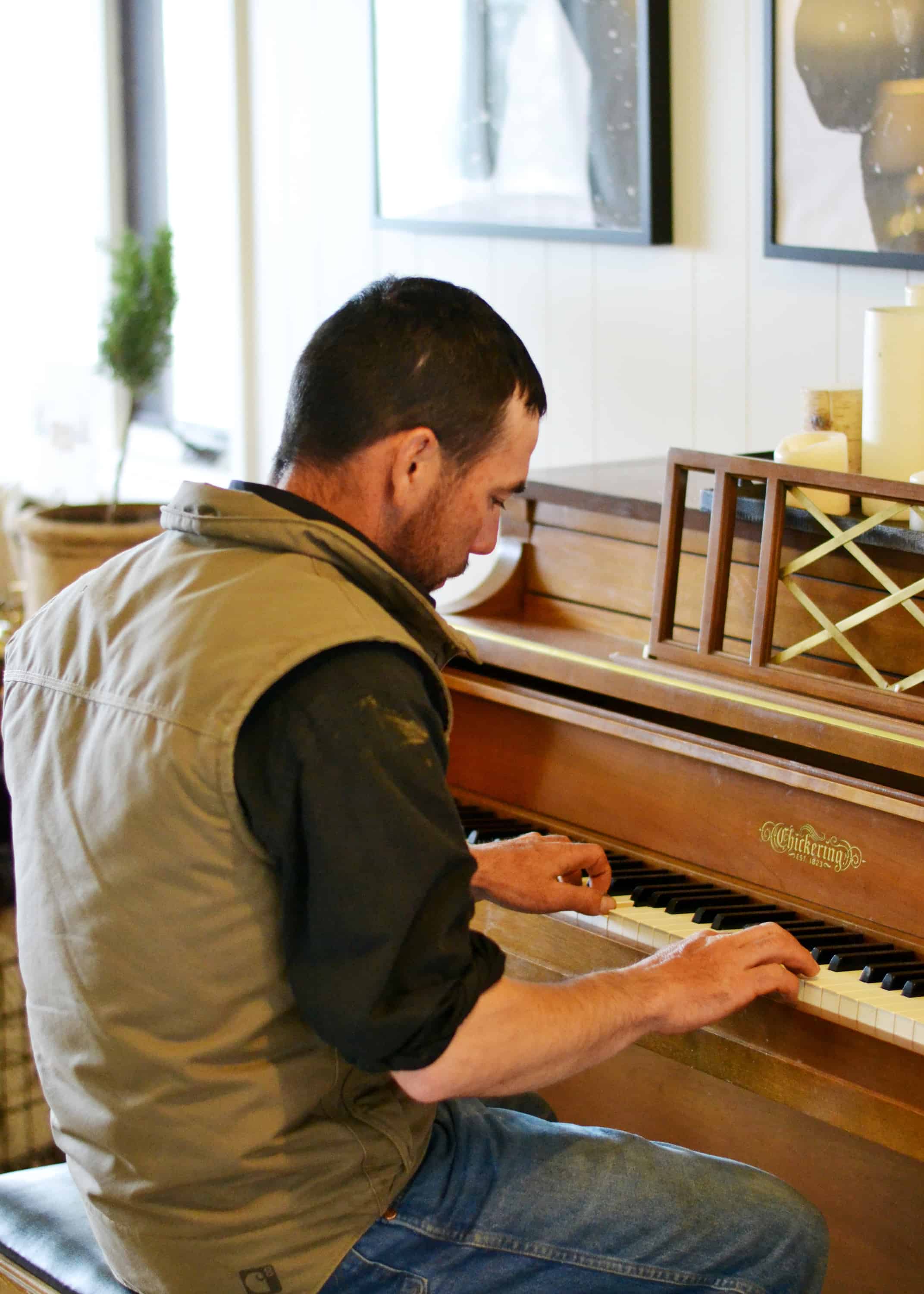 Cooking dinner for the crew is sort of like babysitting – it was a nice thing to do for one afternoon, but I am glad I could give the responsibility back. It was a warming feeling having the entire crew in our home, laughing and eating together. I think Greg’s grandmother would have been happy knowing I am continuing the tradition of branding dinners at her house.

But, the next day I was happy to be back to my normal routine of an apple and almond butter and zero dishes except for the morning’s coffee mug and previous night’s wine glass. I’m heading to Sonoma this week for an exciting shoot, and can’t wait to share it with all of you! Have a great Sunday!

(I put my spin on this recipe!)

Step 1: Preheat oven to 350 degrees. Slice one of the onions into thin strips, set aside. In a Dutch Oven, heat a tablespoon of olive oil, add sliced onion & thyme and saute until fragrant. Add tomatoes, and let simmer for at least 30 minutes. This tomato sauce will be the base of the peppers.

Step 2: Meanwhile, cook the rice as you normally would, removing from heat when it becomes al denté.

Step 4: Dice leeks, garlic, and two onions. Melt butter in a large saucepan, and saute the diced ingredients until soft & fragrant. Remove from heat and set aside.

Step 5: Cut the tops off of the remaining bell peppers, remove seeds. You can throw the ‘pepper lids’ away.

Step 7: Now you can assemble the peppers! Fill each pepper with rice stuffing, and place the stuffed peppers upright into the Dutch Oven. You may need to use two ovens – simply ladle some of the tomato sauce from one of the ovens into the second. Once all of the peppers are snugly fit into the ovens, use a spoon to add a small amount of tomato sauce to the tops of the peppers. Place the Dutch Oven’s lid on, and bake the peppers at 350 degrees for about 25 minutes. Remove the lid and broil for 5 additional minutes. Serve while hot, and top with tomato sauce!