I Got the Goats

Remember the day I got to tell you that I was finally getting goats? You might not remember it as well as I do, but the fact that Greg was finally on the goat bus with me, was a really big moment. 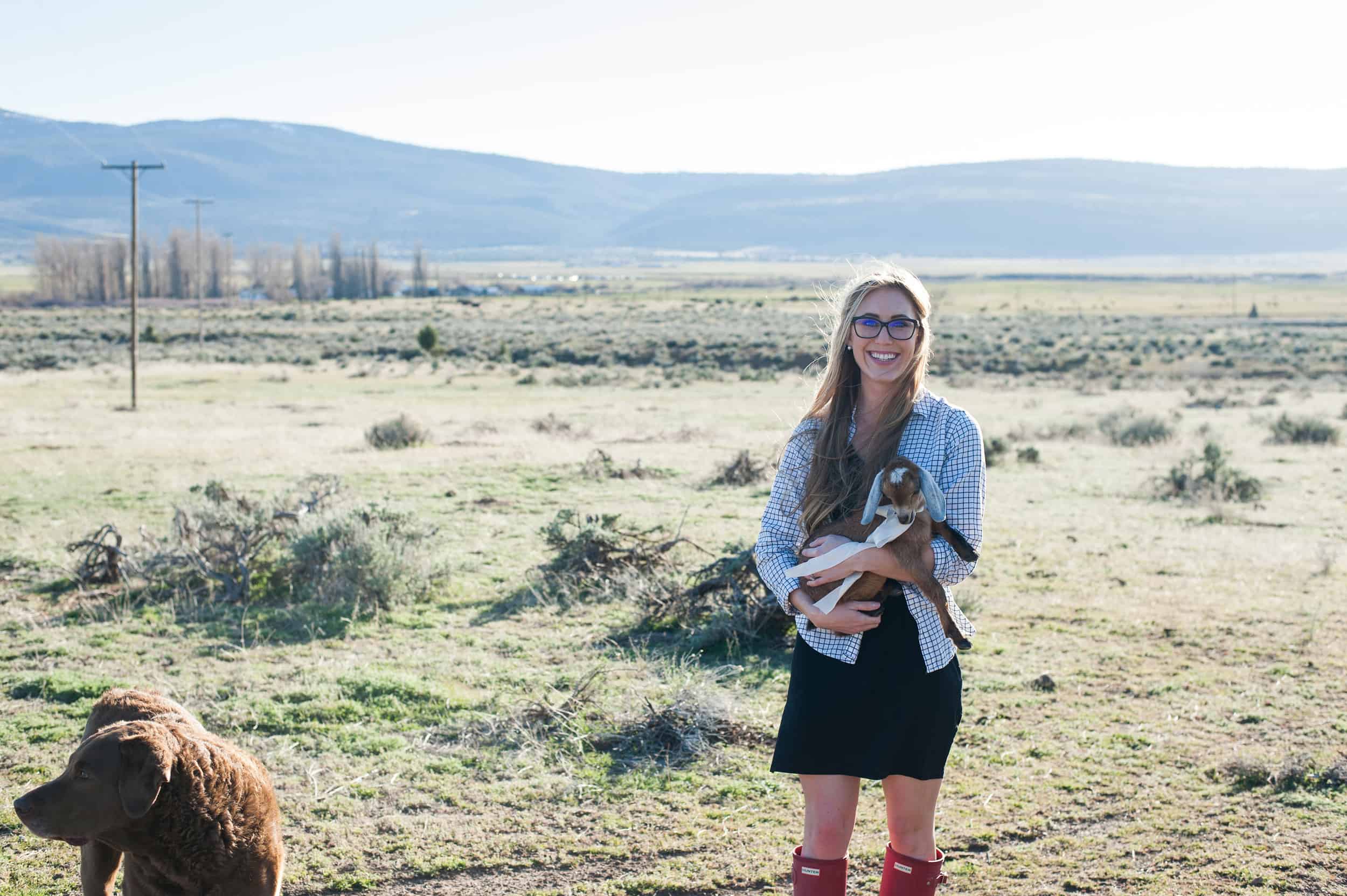 Since then, we have gotten the goats. They are amazing, and everything I thought they’d be (and then some)! If you have been thinking about getting goats, get them! You won’t regret it! There are a few things I wish I would’ve known ahead of time – which I would be happy to share with you, just send me an email!

However, this post is all about the story of getting my goats.

It started on Facebook, where all great relationships start. I didn’t want just any ol’ baby goats, I wanted miniature Nubian baby goats. They were a hard breed to come across, my dedicated Facbook stalking, I mean searching, was unsuccessful for quite some time. Finally though, I found a breeder in Auburn, which is about 4 hours from here; unfortunately, she wasn’t breeding any of her girls this year, so I was out of luck. She did; however, fill me in on another breeder outside of Sacramento: Slate Creek Farms.

Within minutes of hearing this glorious news, I was in contact with Slate Creek Farms. I sat by my phone like a teenager waiting for her boyfriend to call her back, and every time I’d hear a “ding” of an email, I would scurry over to my phone only to realize it was for some $5 Off coupon at Pottery Barn. I waited, and waited…. Until finally, I got the ding of all dings – the goat ding.

“Hi Chloe, I am happy to add you to our waitlist….blah, blah, blah.” I blacked out at the word waitlist.

Didn’t she realize I needed my goats like right. This. Second?  I couldn’t bear the thought of not getting one due to being on a waitlist, so I did what any normal person would do, and offered her the moohlah. Bucks. Stacks. Cashola. Only, this woman was straight as an arrow, and declined my bribery. 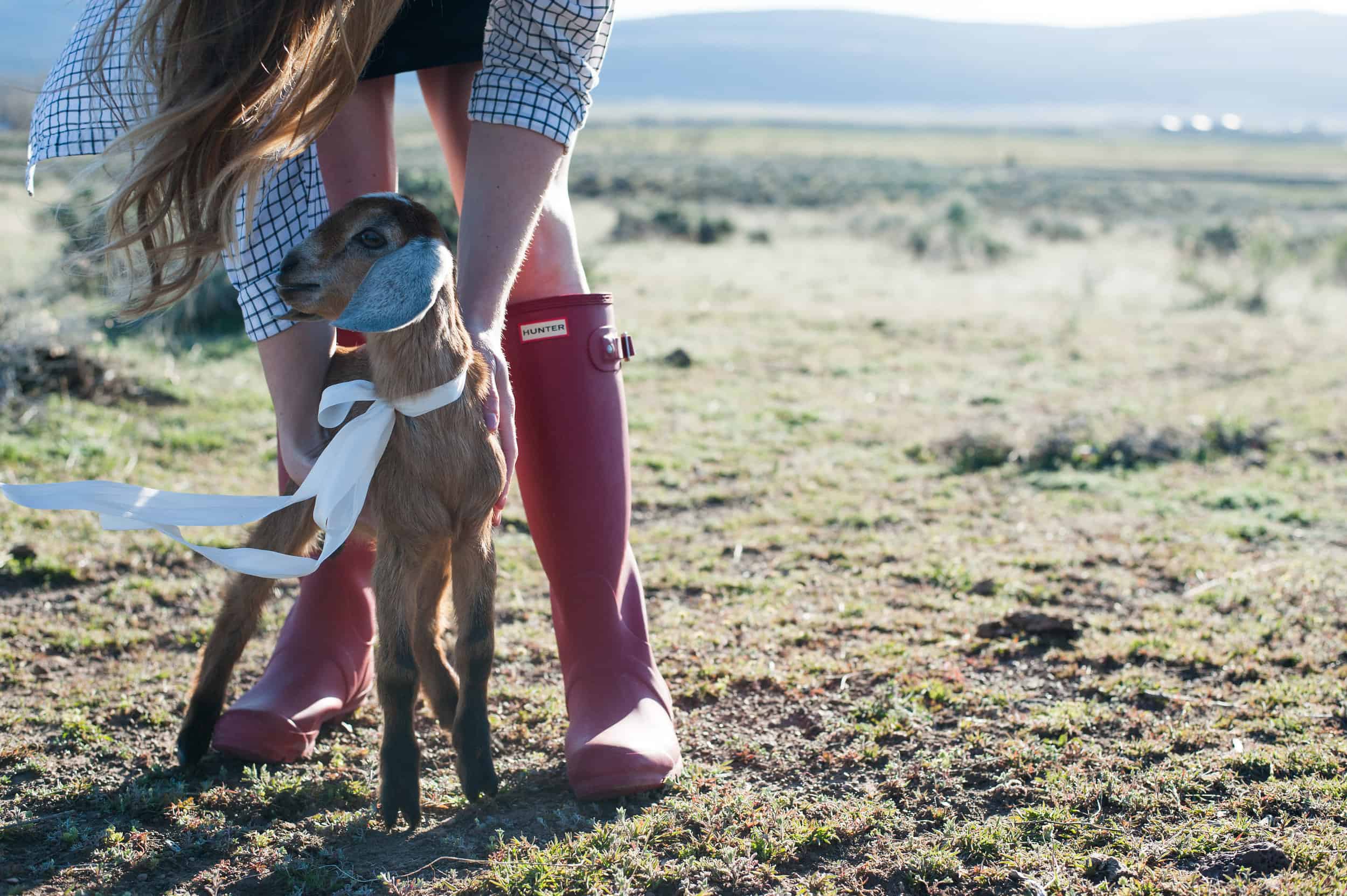 So there I was, sitting on the waitlist with the rest of the goat people. 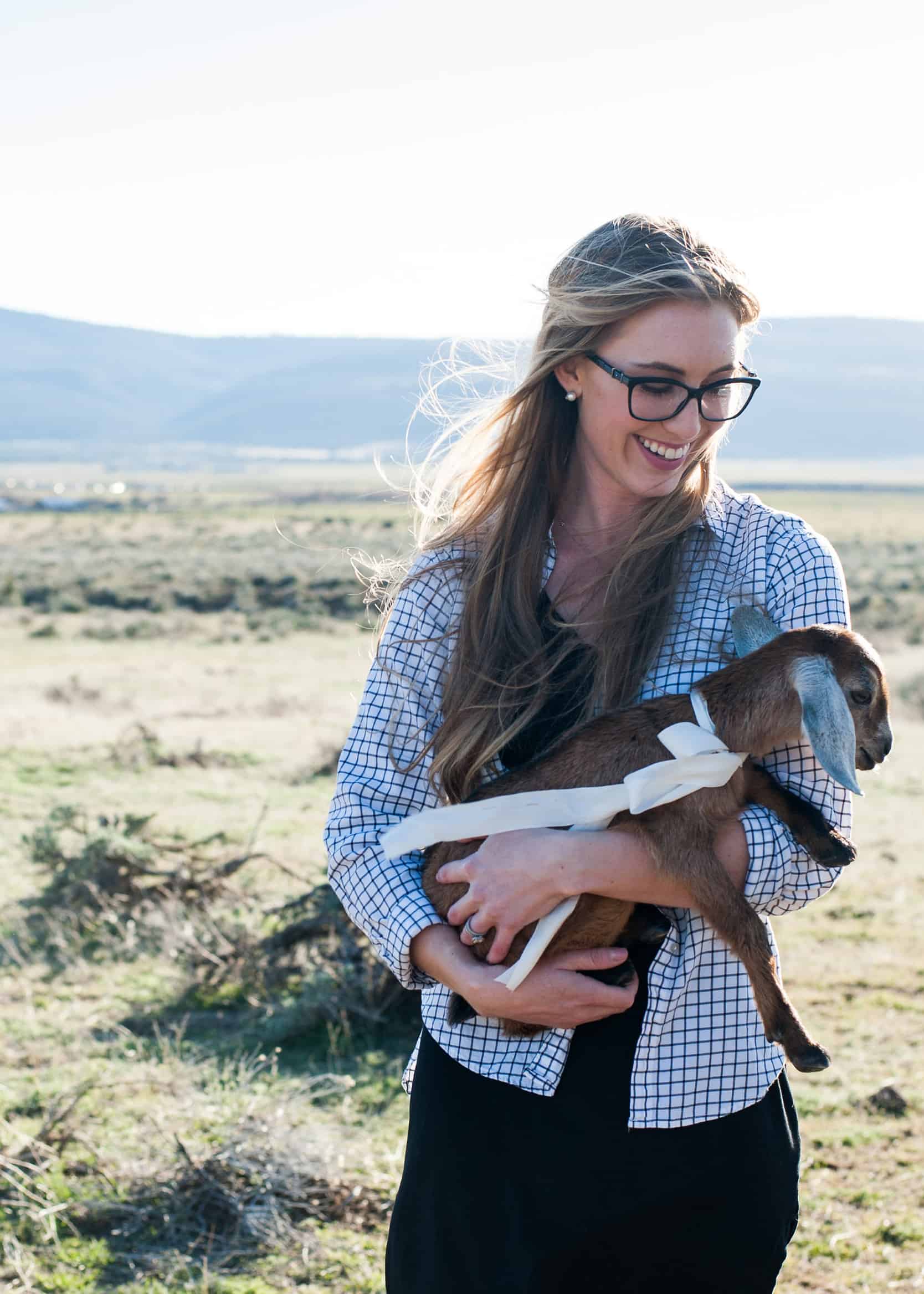 As I waited in this line, I sent a few (10+) emails to Mrs. Slate Creek Farm, “So you’re SURE you don’t have any goats for me? Like really SURE? Because I am willing to pay double.” Still, my money wasn’t green enough. That was, until it was my turn!!!!

Well, at that point I thought about tossing my phone into the ocean, adopting all of the goats, and swimming away with them Titanic style, but then I came to my senses, and selected the two goats I would be getting from the bunch.

I was heading home from San Jose, and spent the night in Sacramento at our cousin’s house. The morning of the adoption was very exciting for me. I waited by my phone for Mrs. Slate Creek Farm to email me her address, which felt like a top-secret location that only those who made it to the front of the waitlist knew.

As I waited, and the hours passed, I ran a few errands. I found a Target in Sacramento, and went in looking for a dog kennel, but ended up debating over which size of Honest diapers the goats would need. I left target without actually buying anything, because I decided the goats probably didn’t need Honest diapers, I wound up at PetCo (where the pets go), purchasing an overpriced dog kennel to bring the new goats home in.

As I checked out at the self checkout, I realized that I also didn’t have any money to buy the goats with, so I selected “I Need Cash Back” on the machine, which then told me, “I am a Machine and I Can Only Give you $10.” I needed $100. So I stood at the kiosk completing 10 different transactions, and now have 10 packs of gum to prove it.

I finally got the ding on my phone, and received the holy grail of locations: Baby Goat Palace. 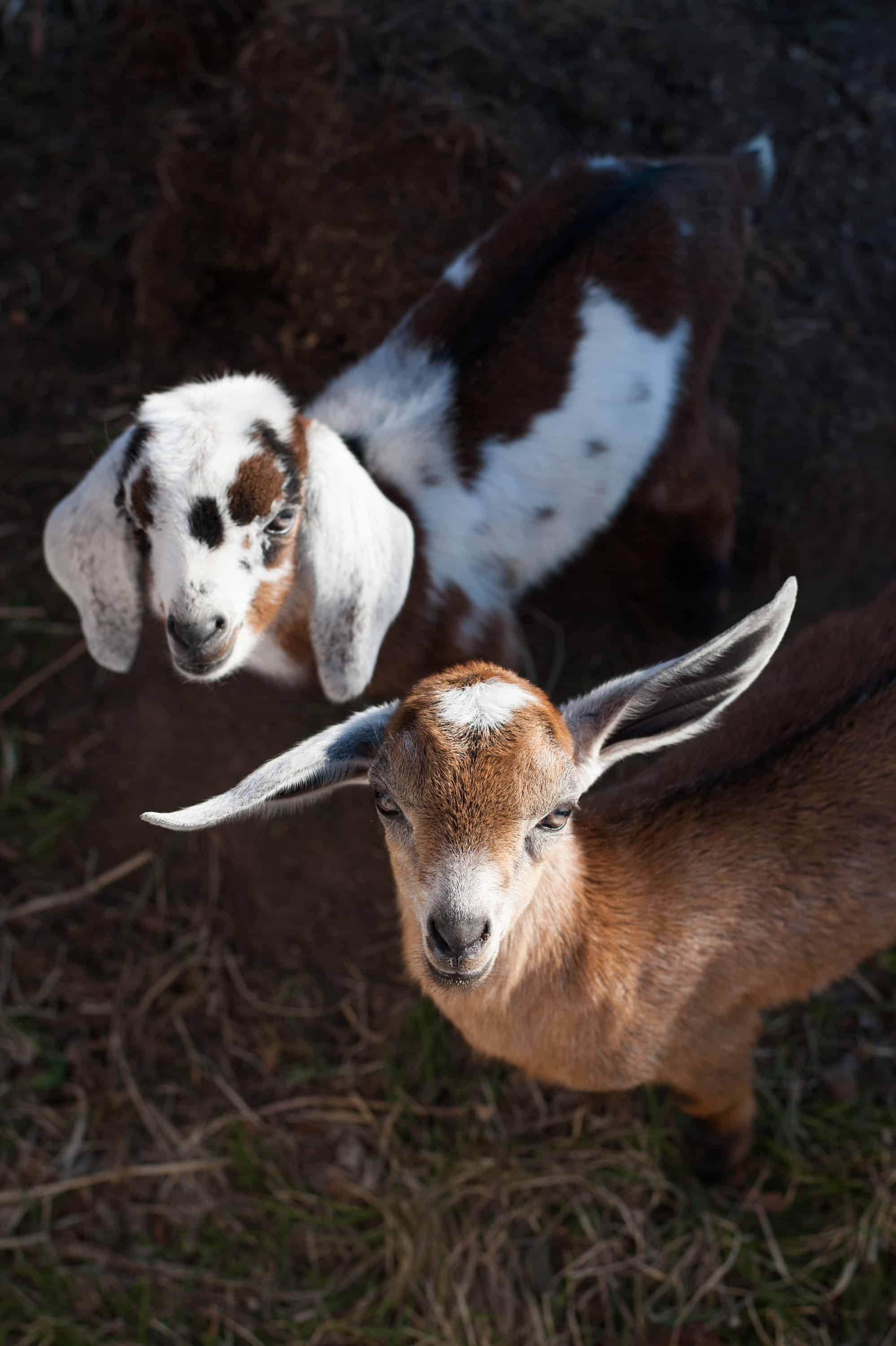 I hopped in my car and headed towards my holy land. When I found the palace, I drove down a long dirt road, then came to the tiniest bridge I’ve ever driven across, which if I had any sense, I wouldn’t have driven across it, but I had goats on the brain, so I drove across it. I approached Slate Creek Farm, and gathered my thoughts: I was about to become a mother.

I met Mrs. Slate Creek Farm outside of her house, and picked out my kids like I was picking out new shoes…very carefully.

So there I was standing with Buckwheat and Elderberry, the two perfect baby boys, on cloud ten (which is above cloud nine), and I decided to ask one more question, “Are you sure you don’t have any girls available?” (I NEEDED ROSEMARY!)

The heavens opened up, and the seas parted, and Rosemary walked up to me.

She said, “Oh, this one is available… But girls are more expensive.”

My response? “Do you take PayPal?”

I scooped up my new little angels, and buckled them into their car seats, and headed towards home. Some might say three goats were an over commitment, but you know what? I’d take three thousand more.

Many thanks to Carrie Richards Photography for this goatoshoot. | Wedding & Lifestyle northern California and Oregon 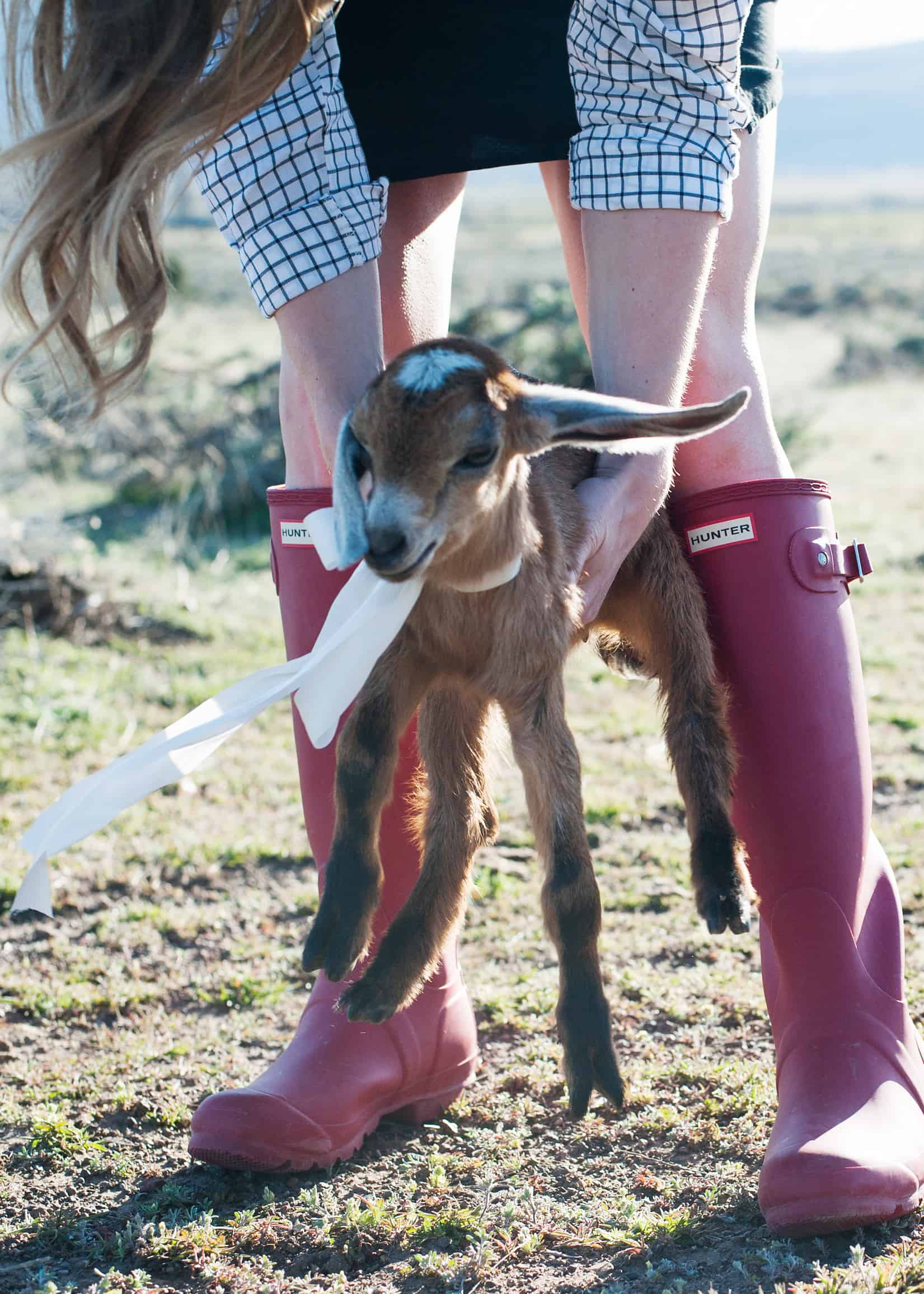