New Life on the Ranch

Since the crew spent the past week moving the cows and heifers down from the heart of the ranch, to Likely, where our house is, I had planned on taking on dinner (to the rest of the world: lunch) duties for one of the big rides. Something that’s made much easier when you get to cook in your own kitchen, rather than at the cook house, and can pick the meat you’re going to serve. The first time I ever went to cook, the meat that was left out for me to use that day was heart. I’m not kidding. That’s actually a pretty funny story, but I’ll save that for another time. 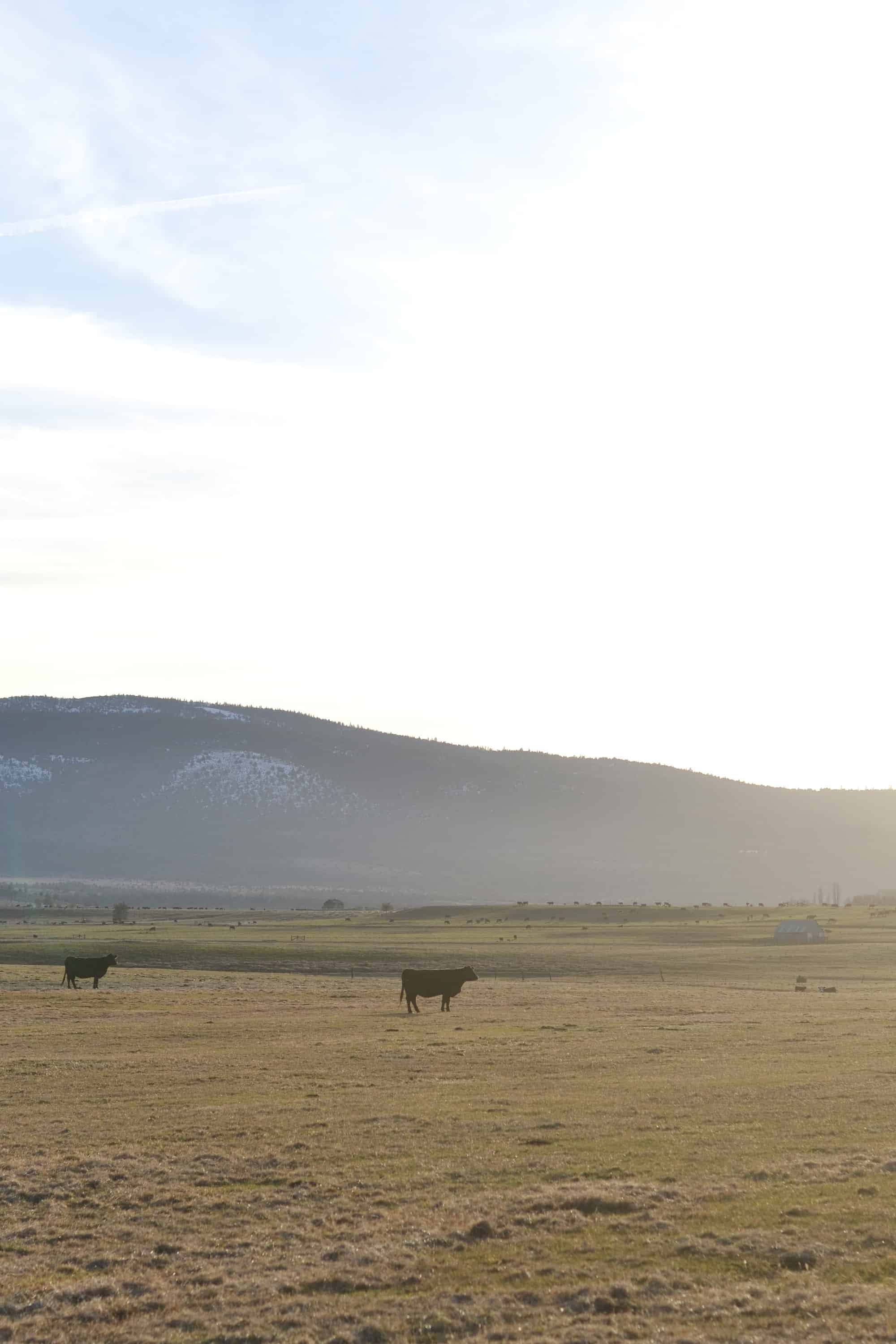 I spent a few days last summer on dinner duty, and after cooking two times, I called it quits. Imagine cooking thanksgiving dinner every single day. It was not my idea of fun, let’s just put it that way, but whenever I have the chance to go up to the ranch to have dinner, I get really excited because the girls cook homemade bread and dessert daily. I don’t even get looked at funny if I take two, or three, or four slices of bread, because everyone else prefers the homemade tortillas. I once thought about putting slices of buttered bread into my pockets, but decided against it because my pants have already been a bit snug lately ;)

There are a few ladies who cook for the crew every day, one of them cooks breakfast (hot cereal is a staple), and two others rotate dinner duty. The meals are served at a long table in the cookhouse, and the boys come running when they hear the dinner bell. It’s literally like something out of a movie, and it makes me so happy to hear that dinner bell ring, not only because I am the first one to admit I like food, but because it signals a time to come together and enjoy a meal with one another.

I spent all week getting ready for the big dinner at our house, only to realize that I had already planned a baby shower at our house that day. Whoops! I had told the mama to be that her shower was Tuesday, when in reality the invites said Wednesday. I was so embarrassed. How does someone even do that? I really need to find a way to get my life together. So, instead of cooking dinner for the crew this Wednesday, I threw a baby shower for my neighbor (she lives next door, but her house is 10 minutes away)… It was so nice to have all of the surrounding ranch ladies over to celebrate, sip rosè, and eat chocolate cake. 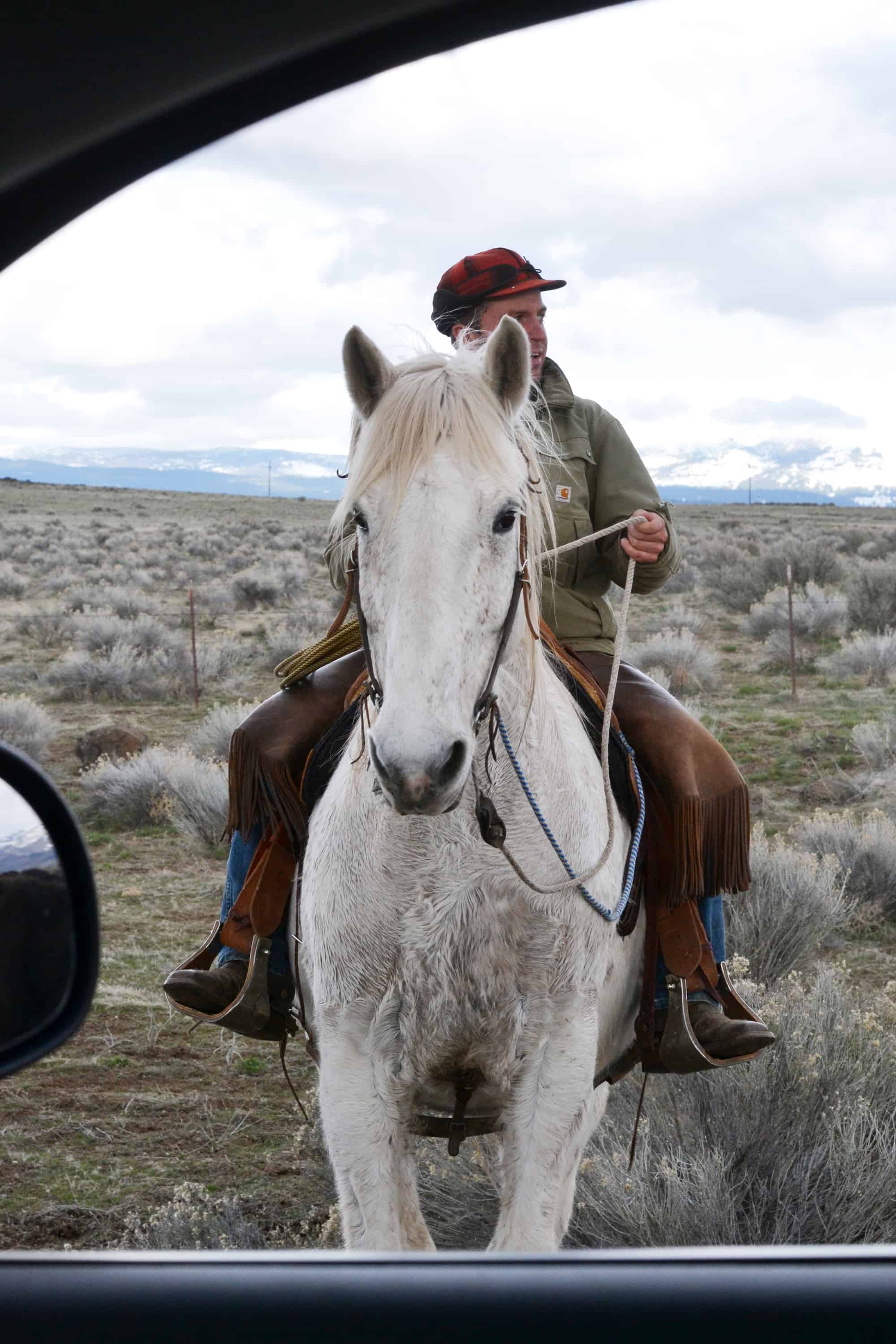 When you run into your husband on your way to town…

Later on in the week, Greg and I went out to help Alex with a heifer that needed her calf pulled. Remember, we learned that a heifer is a ‘teen mom’? Well sometimes these teen moms need some help birthing because they haven’t had any babies yet. I’ve seen a few births before, and even assisted during a c-section, but hadn’t helped pull a calf. I knew it wouldn’t be the cleanest experience considering Greg usually comes home covered in birthing fluid after a pull, but around here, birthing fluid isn’t anything out of the ordinary.

We got the cow into the barn, secured her into a chute, and Alex rolled on some giant gloves that went up to his shoulders, then stuck his whole arm right on up there. My husband always says he’s pretty confident he could deliver our children if worse came to worse, and after watching this, I honestly believe him.

Alex felt around and thought the baby was a little too big to come out on its own, so we called his dad (the cattle jefe) Emiliano, who has been Greg’s greatest teacher over the past few years. Emiliano rolled on his own gloves, and told the boys that the calf was fine. Silly boys, step aside, the boss is here to show you how its done. 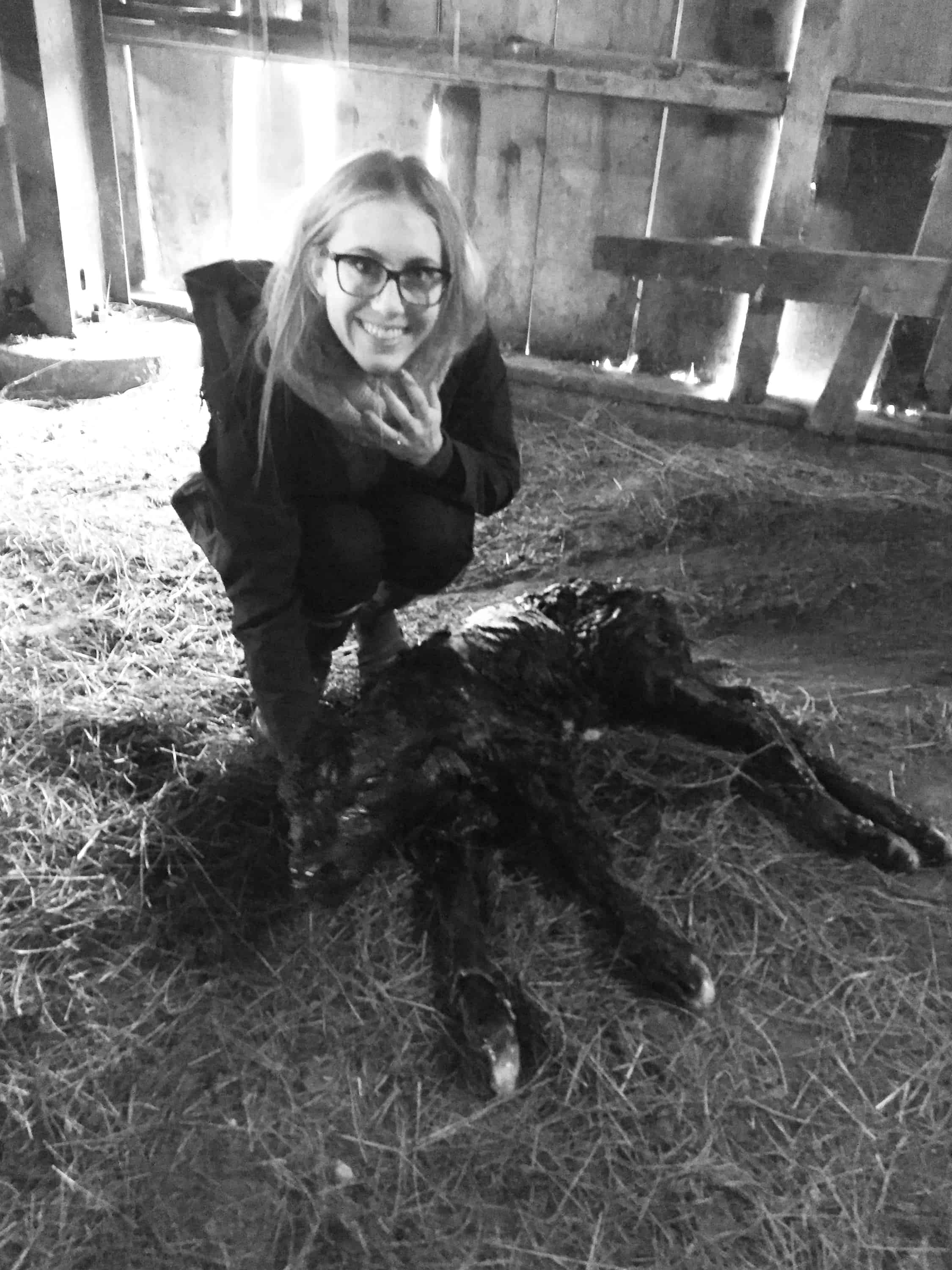 Greg grabbed the jack – a giant metal contraption that they strap to the hind end of the cow, and they attached chains to the calf’s front feet, and started pulling the calf. I know this sounds horrifying, but it really isn’t that bad, it doesn’t hurt the calf, and the mother was just happy to get the giant baby out of her. I was documenting the entire thing on Snapchat (@boxwoodavenue), and hope I didn’t scar everyone for life.

After a few minutes, the calf came out, Alex started rubbing it to mimic a mom’s tongue, and I was assigned the job of getting the calf to cough up the gunk in its throat, by tickling its nose. Yes, it was as cute as it sounds.

It was amazing to see the boys bring life into the world in 5 minutes flat, something that the mother wouldn’t have been able to do on her own. I of course fell in love with the calf and wanted to take it home, but the mom came over and started nuzzling it, and with that we let them be.

Later that night we had a second baby shower to go to, only this one blew mine out of the water, because there was a live mariachi band (and I will have you know, I am an excellent mariachi dancer). I felt a huge sense of community. Even though there’s only 99 of us, we all come together to celebrate one another, support one another, and help one another.

Usually I end things on a funny note, but today I will leave y’all with a sentimental one.

You might think I’m crazy to give up my city life to live out here, but after this week, hanging with the neighboring women, celebrating two mothers to be, and watching Greg, Alex, and Emiliano; I can’t imagine my life any differently. I suppose we all find our way in the river of life, and I love the current I have found myself on.

What path is your life on? I’d love to hear your journey, or your story. Let me know below, or shoot me an email. I’ve got a lot of time on my hands out here, and I’d enjoy getting to know you better!