This Week on the Ranch: Annual Spring Cattle Drive

A cold and cloudy day made for the perfect spring cattle drive. Come ride along with me and find out why we move our cattle every spring! 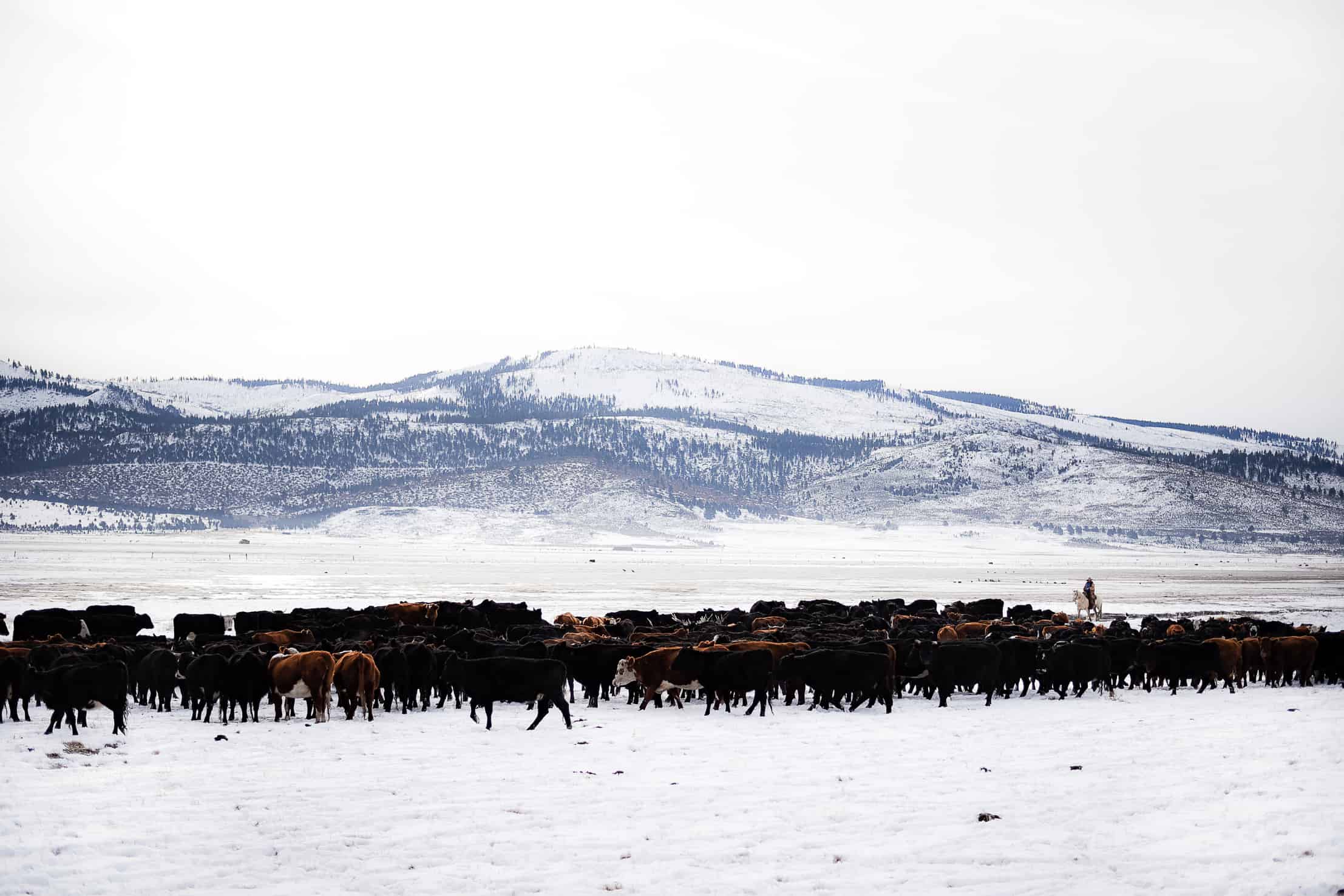 The spring cattle drive is sort of like The Ranch New Year. It marks the beginning of the cycle of nearly everything that happens up here. Once the cattle are moved to Likely (where we live), it signals that spring is right around the corner, calving season begins, and feeding season is almost over. After a long hard winter of days consistently hitting -20 F, the spring cattle drive is something that everyone looks forward to.

This was my second year going on the drive, and this year was much more fun for me (probably because I kinda know what I am doing now). Last year it was quite hot, and the cows, all of whom were on the brink of delivering, were not excited about walking 12 miles. They scattered through the trees, and at one point united in protest in a creek, refusing to move. We only had one dog with us, so gathering and pushing them out of the creek took what seemed like hours.

This year though, it was a cloudy and cold day. The girls didn’t seem to mind moving to their new home, and we didn’t have to stop for a break even once. Last year, I rode in the back of the group, which was stressful because if one broke off, it was my job to high tail it after her and push her back with the rest of the group. This year, Greg and I led the group. It was much more fun for me – we trotted along in the front and the cattle followed closely behind us.

This year went much more smoothly than last year, probably because of the weather, and also because we had dogs with us. The work of dogs is equal to that of 3-4 men. I think I posted something about this on Instagram the other day. When well trained, they are invaluable tools. I don’t remember doing this last year, but this year, we broke the heifers and the cows into two groups – 5 guys went ahead of us with the cows, and we followed about 30 minutes behind with the heifers. In total, we moved about 700 animals.

[cows: cattle that have had a baby before | heifers: cows pregnant for the first time in their lives] 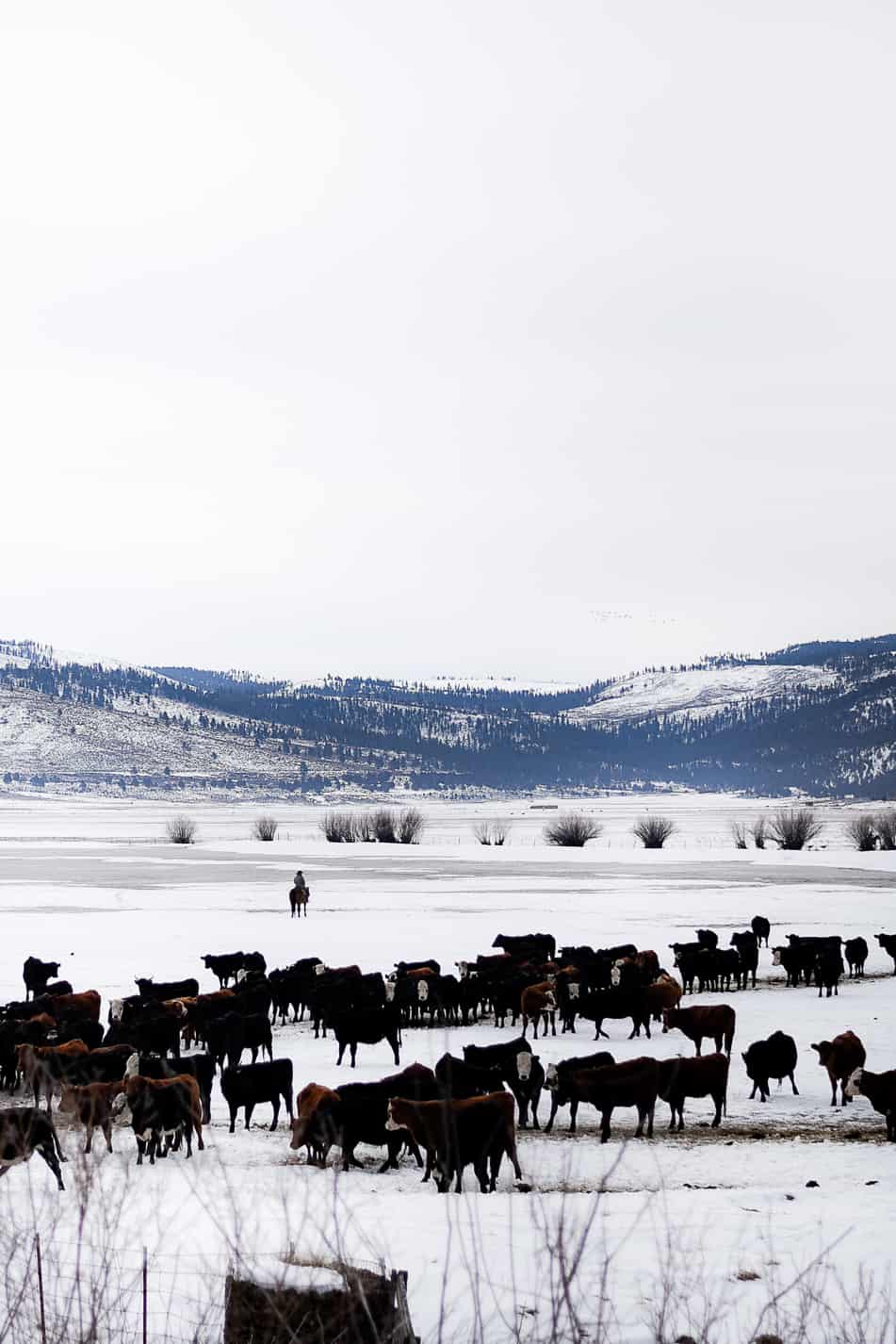 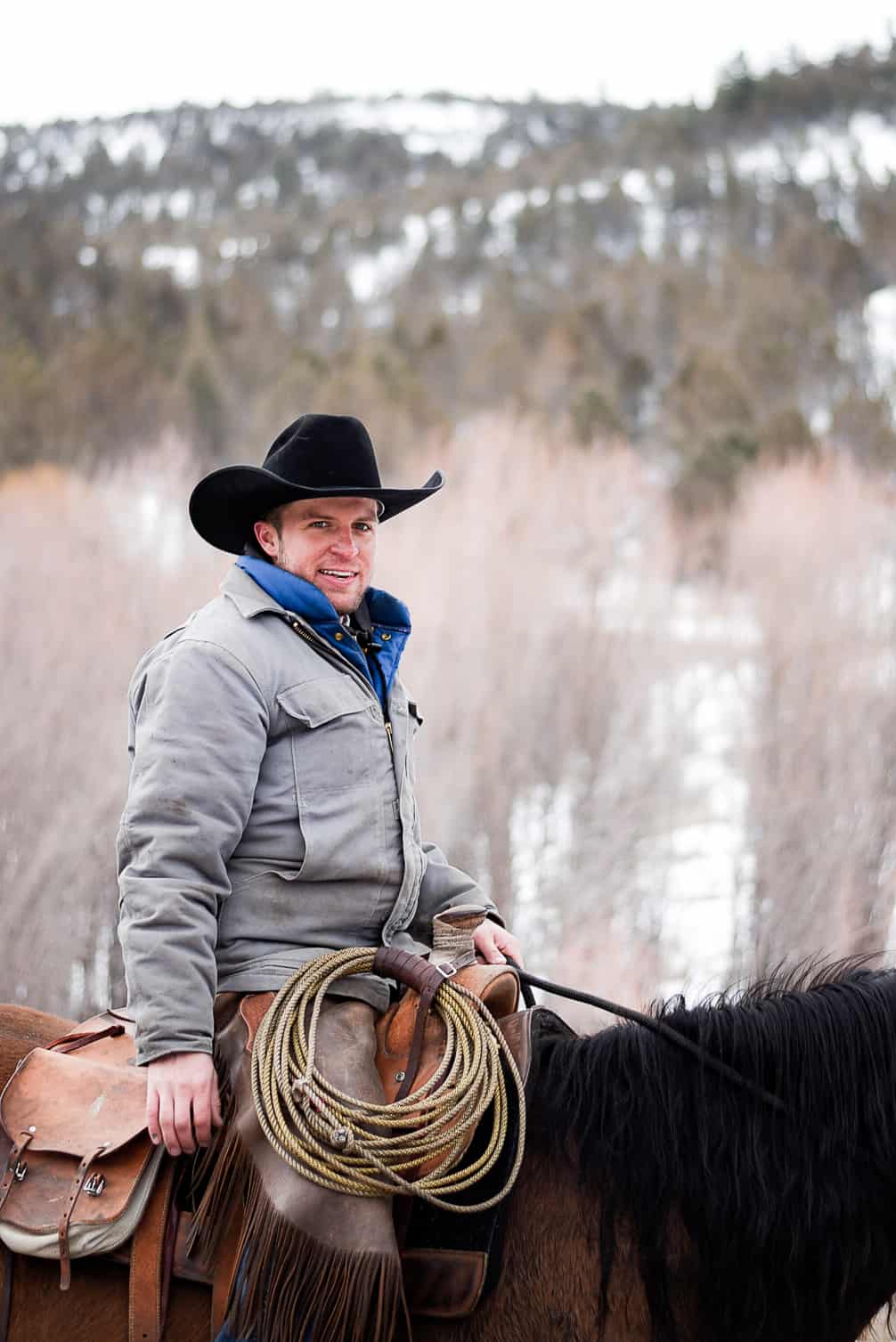 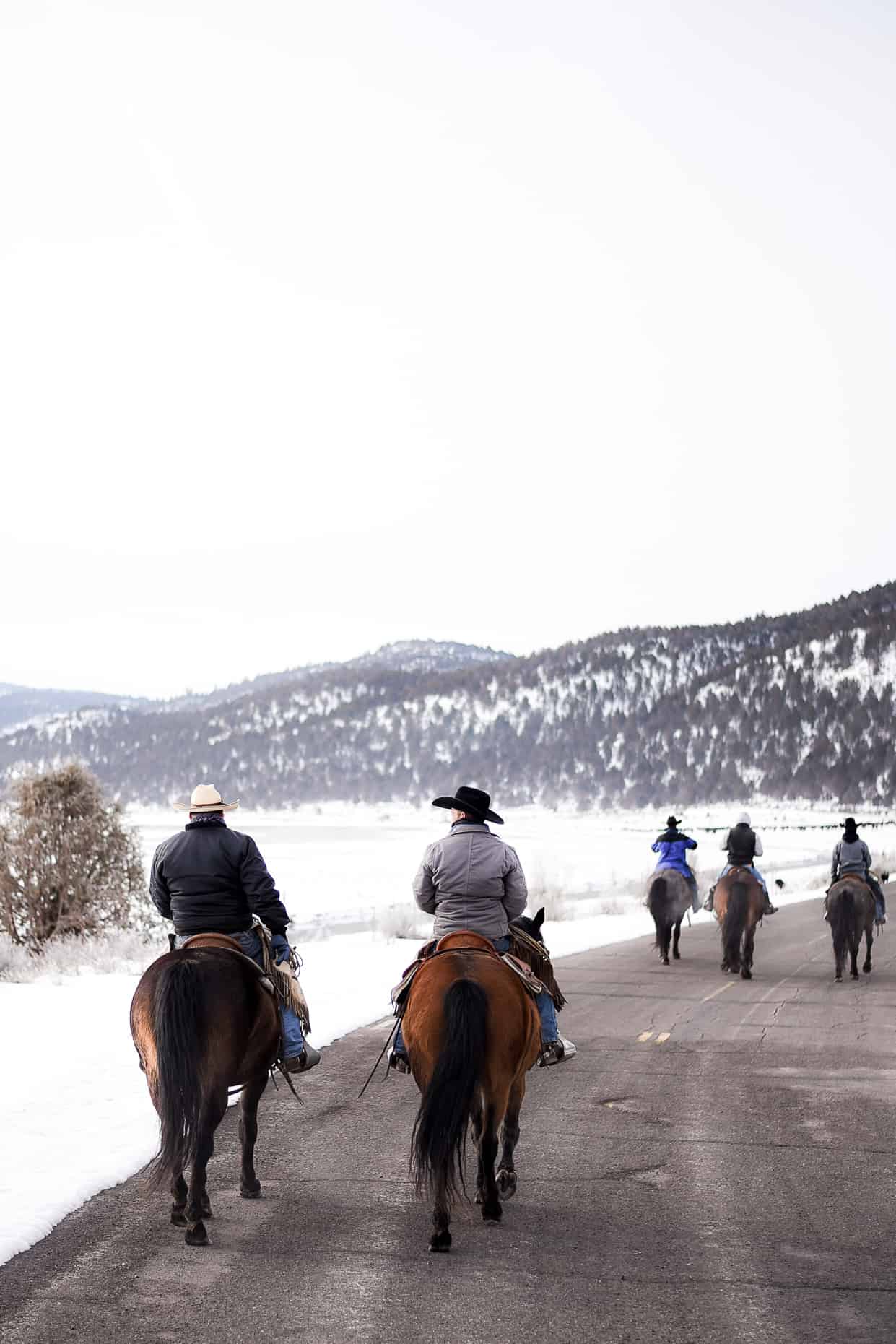 I had quite a few people ask me why we move the cattle? Why not just keep them up at the ranch?

We move them because they are grass fed ;). In the winter months we keep them in a central location because we hand feed the hay. The cattle are divided into different fields, and each man is responsible for feeding a few fields every day. We estimate that the cows and heifers will begin having their babies right around March 10th, so we move them from their winter homes right around March 1st (before they have their babies).

Once they settle into their new home, they start to have their babies – if you follow me on IG, you may have seen my story of the new baby that has already arrived. As I am writing this, I am sure many more have arrived. We continue to feed the cows hay (that we grow, cut and bale all summer long) until the grass has grown enough to support the cows (right around May).

Once the grass has grown, we stop feeding altogether and the cattle eat the grass that is in the fields – our ‘rangeland’. As you can imagine, they eat the grass faster than it grows. So once the grass is consumed, we move the cattle to a new field. This becomes the cycle: eat and move, eat and move. We move the cattle to Likely to have their babies because it is the start of our summer range land, as the summer goes on, they slowly make their way, from field to field, all the way back up to the ranch. By the time they make it to the ranch, it is nearly October, and time to start feeding hay again. 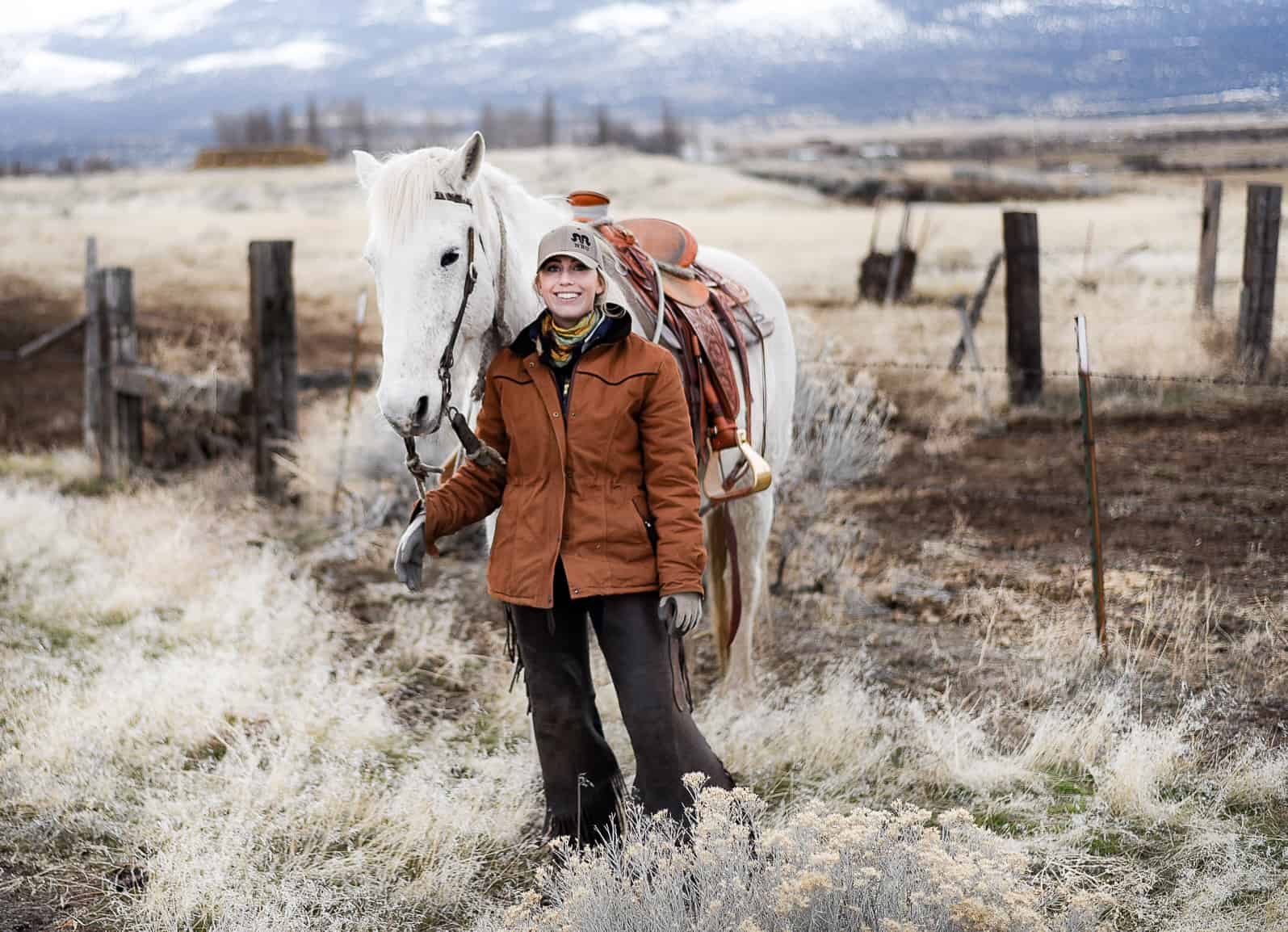 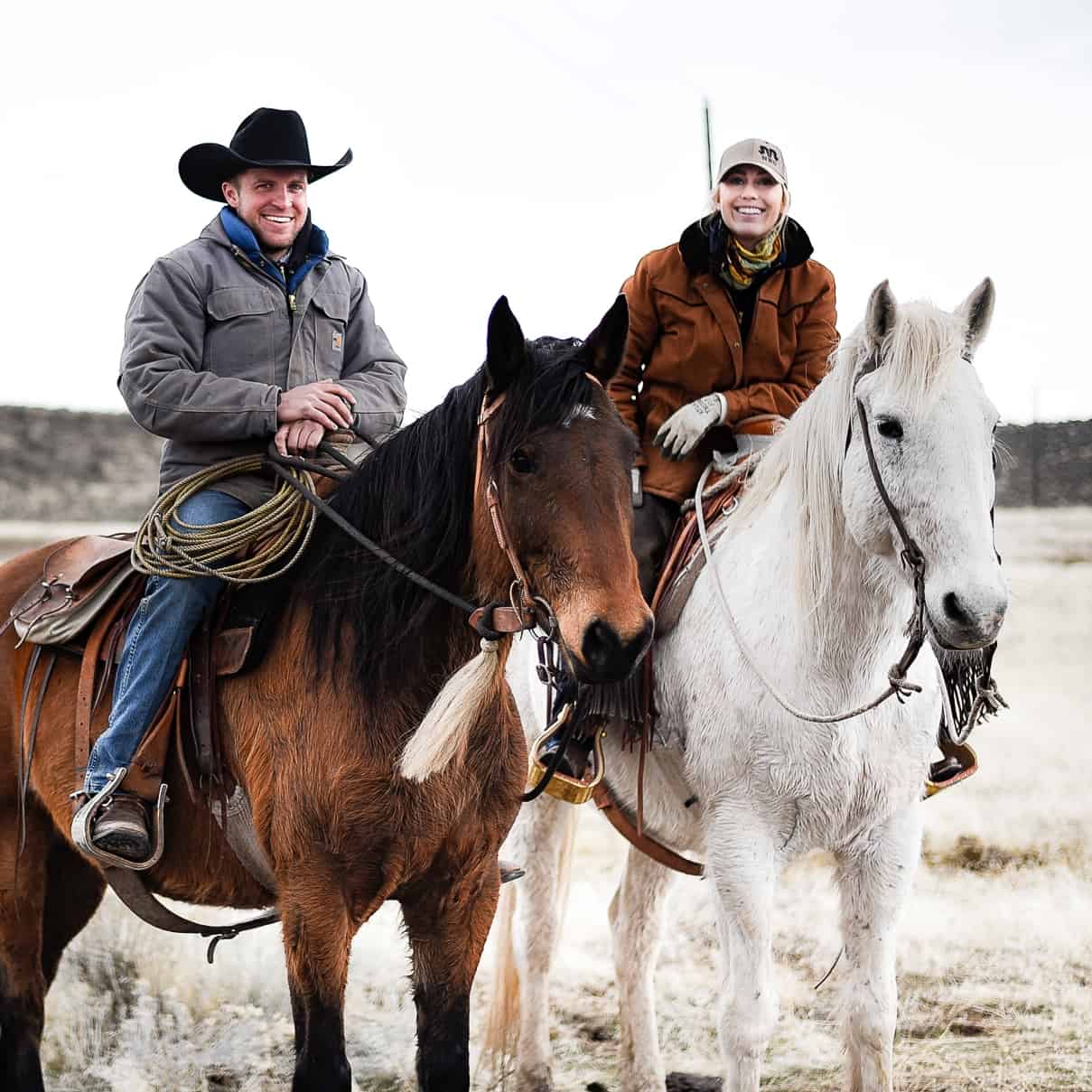 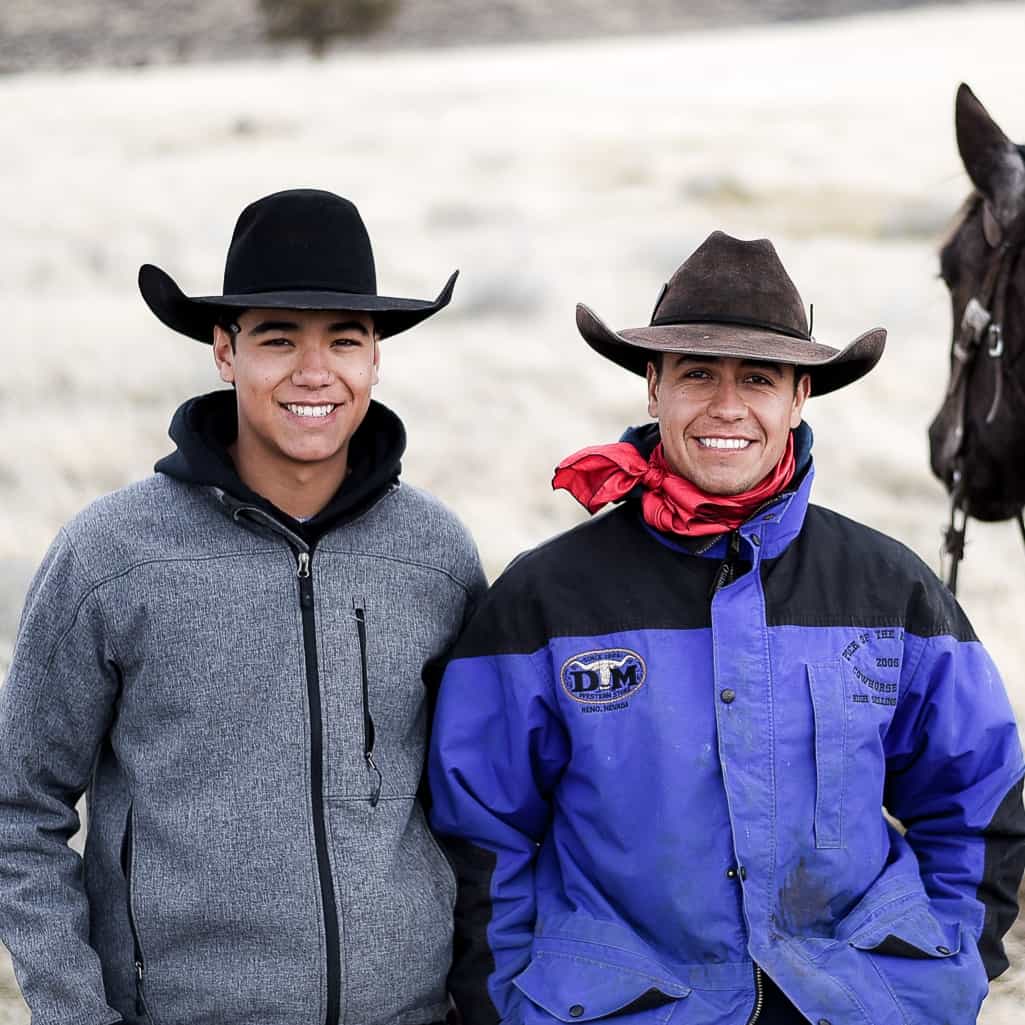 When we first moved up to the ranch, I wasn’t interested in being very involved in things like that – just reading last year’s post about the spring drive made me laugh. What a year has done! I have begun to love everything about cattle ranching and love to join in whenever I can. I am looking forward to calving season this year, and really hope that I can learn how to rope.

I hope you have enjoyed ‘coming along’ on the cattle drive with me, if you have any questions, you can put them in the comments below, or head on over to Instagram, I try and share daily ranch life on my stories!