“This Week on the Ranch” is a weekly series sharing snippets and stories from life on the range.

I have talked about the cook house a little here & there, and I always seem to get questions about it. The term is well known around here, so it never occurs to me that some people might not know what a cook house is… The cook house is where everyone gathers for their meals on the ranch. This used to be the standard on all ranches; however, quite a few ranches have since gotten rid of their cook houses. Partially because they are pretty difficult to keep going – finding someone to cook giant meals twice a day can be quite a task. 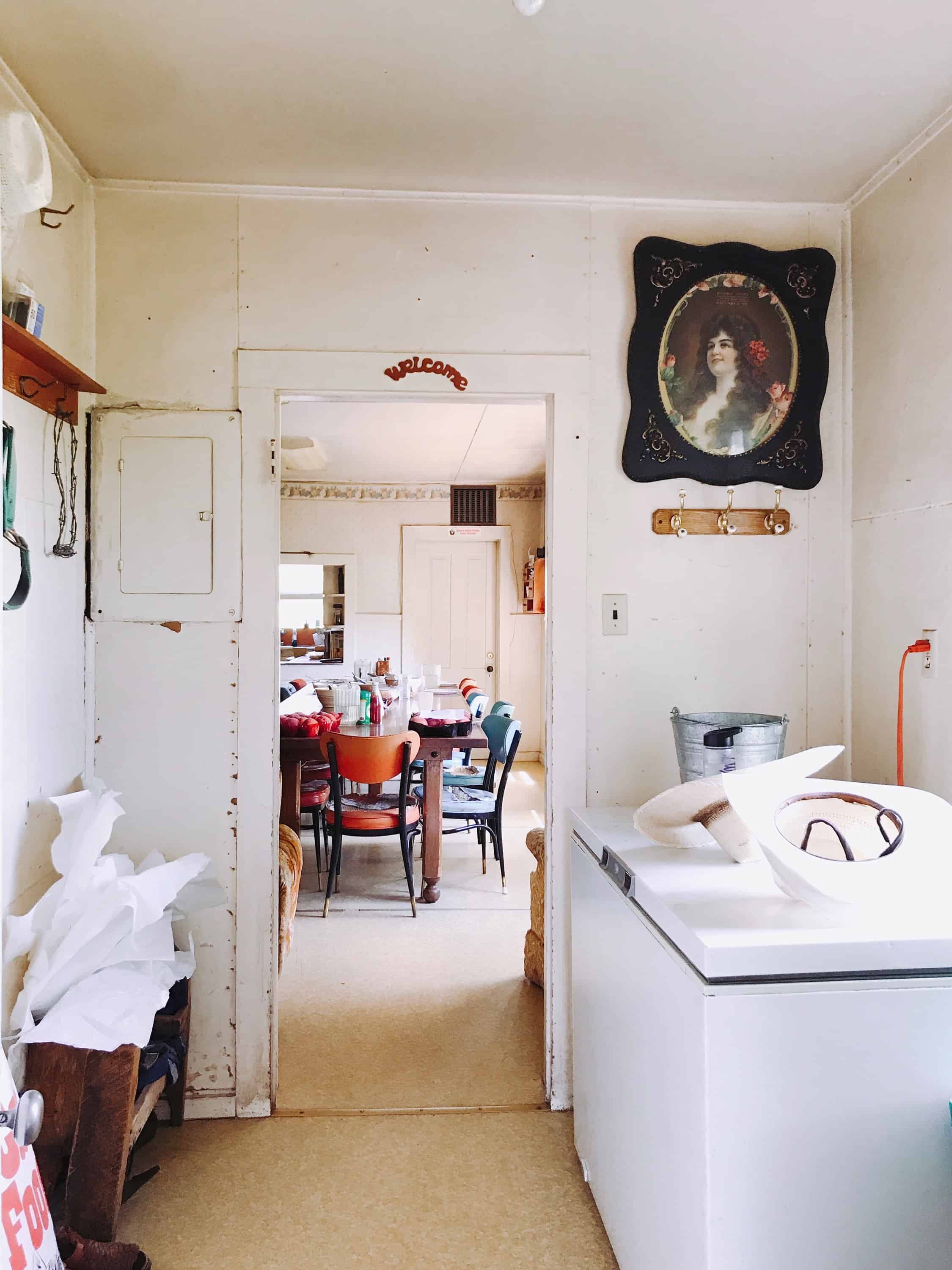 Our cook house is an old house right in the center of the ranch. I’d really like to renovate it someday soon. It needs a new ceiling, paint, etc… But for now, it is what it is. I really enjoy going up for ‘dinner’ in the afternoon because the homemade food is so delicious. Fresh bread, still warm from the oven, beef from the ranch, authentic rice & beans, and some sort of fresh dessert!

This year, Greg’s uncle decided that he really wanted a pizza oven in the cook house. He visited the Whole Foods in Reno and was blown away that he could order a fresh pizza with any sort of topping he wanted on it.

For you to fully understand how funny this is, I have to describe Rodney to you… He wears Levi’s 501s not because they are cool, but because they are practical. Wire rimmed glasses, a beard (only in the winter for functionality), and cooks on a wood burning stove (because it’s a luxury). He’s never owned a TV, computer, or cell phone, and most would describe him as “eccentric”. He’s convinced that aluminum foil will give you aluminum poisoning, and he hasn’t been to the doctor since he was a kid. He is firm in his viewpoints and very religious. A wonderful guy, but very, very quirky.

He described Whole Foods like this, “I went in there, and they had the best salsa! Oh, and the pizza! I tipped my hat to the feller in the fruit aisle, and he didn’t even say hello!”

Anyways, for him to have ventured into Whole Foods was very comical to me, I would have liked to be a fly on the wall. Still, he was very impressed with their pizza oven. And he is determined to recreate it in the cook house.

So this week, on the ranch, we moved bricks. A lot of bricks. He’s hired a mason to build the stove, but before he comes, all of the bricks had to be moved to their new location. We spent all morning on Monday loading the tractor and relocating the pallets of bricks that will become the pizza oven. We had fun riding on the front of the backhoe, and laughed about Rodney’s wild ideas. 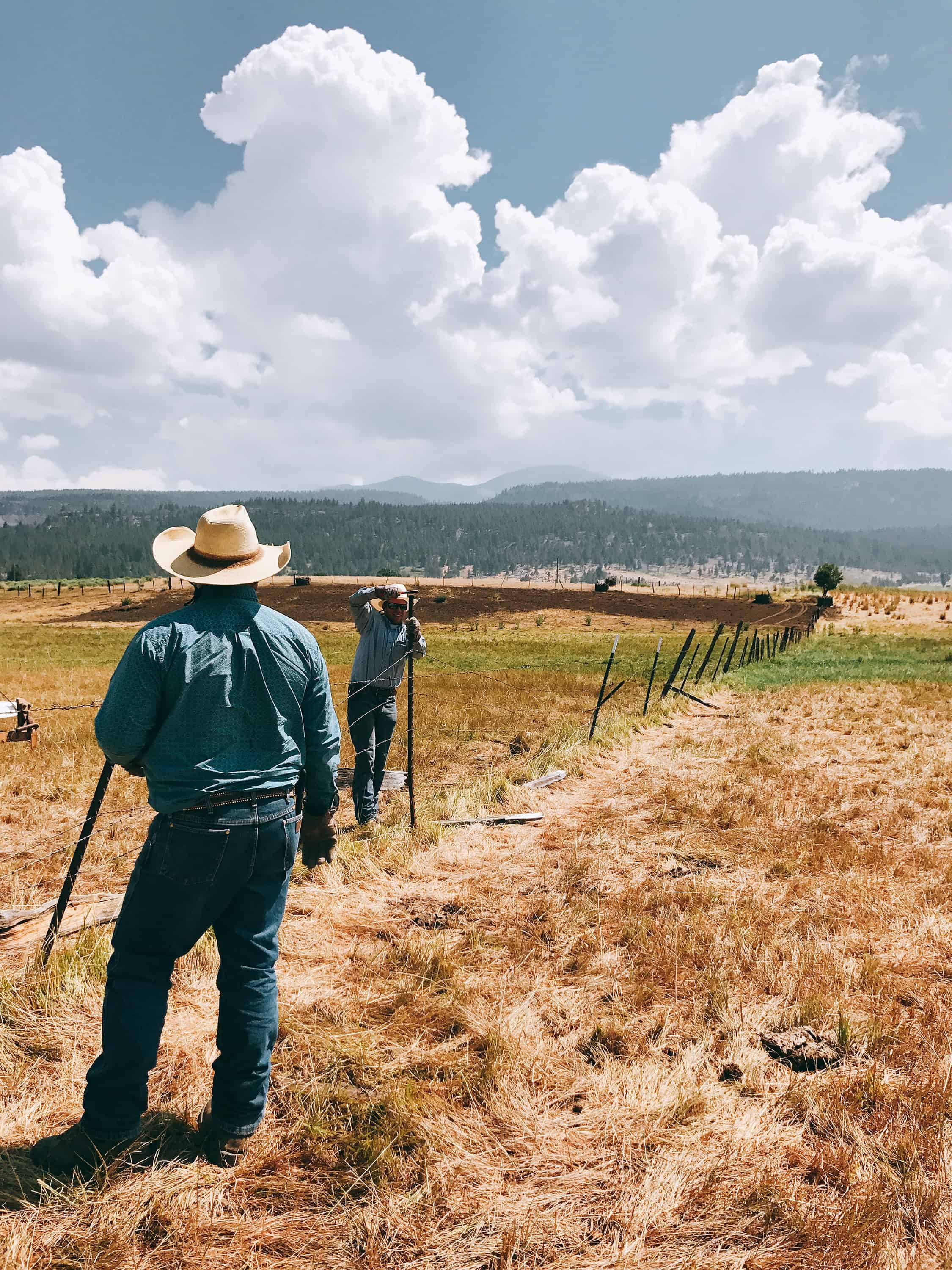 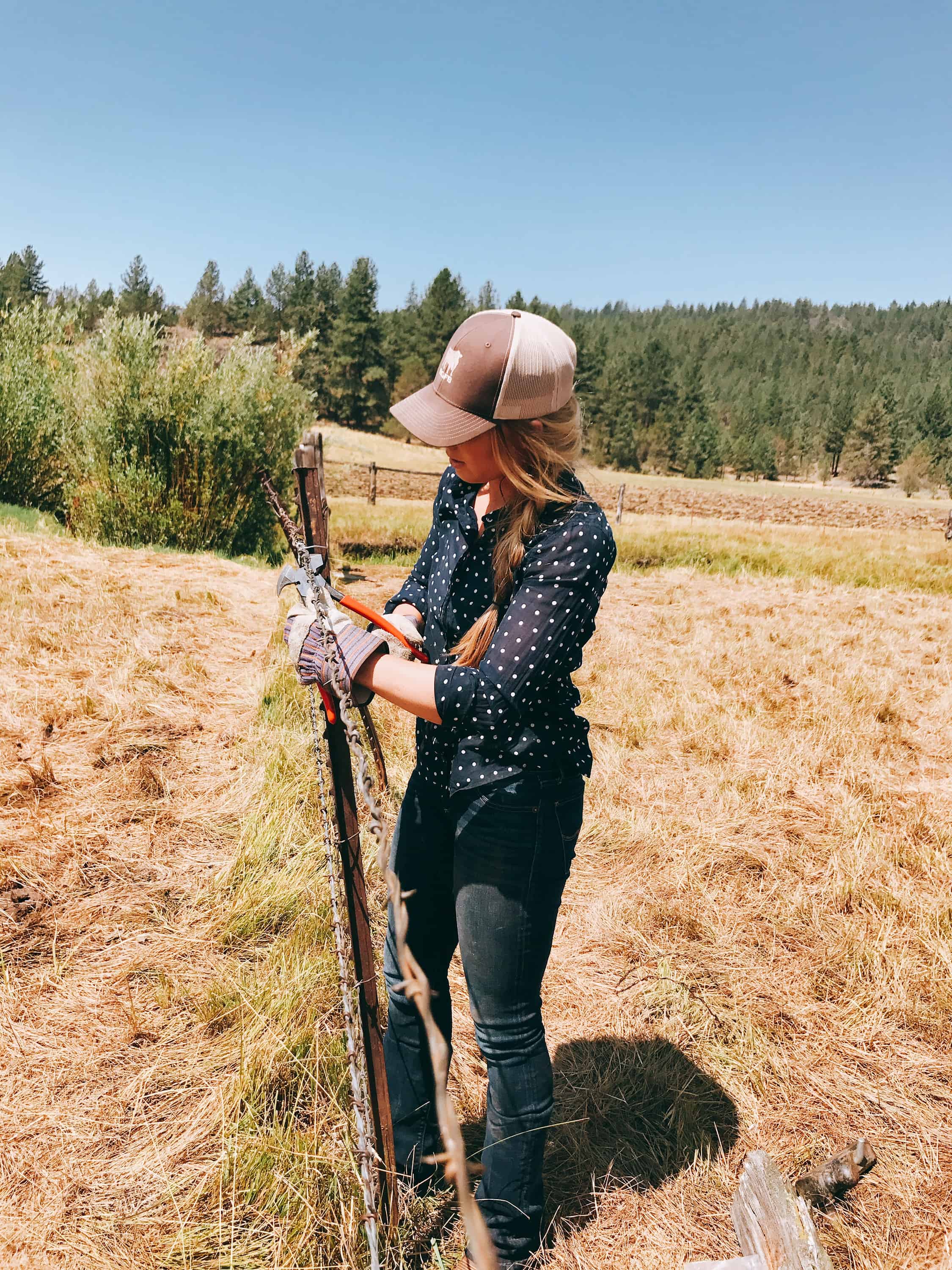 Afterwards, we headed out to fix a fence that the steers had broken. The boys taught me how to pound a post into the ground and use clips to secure the barbed wire. It took me a few tries, but let me tell ya, by the end of the day I could put those clips on like nobody’s business.

I spent the rest of my week in San Francisco celebrating Jeni Maus of Found Vintage Rentals‘ new warehouse opening. I was so excited to have been invited by my friend Jen from Sunset Magazine to come to the opening to help spread the news. My sister was able to join me, so we turned the week into a full on girls’ trip and toured around the city! We even got to stop by one of my favorite shops on the way home: Elsie Green! It was such a wonderful week, and I will share more about Found’s new warehouse this week. 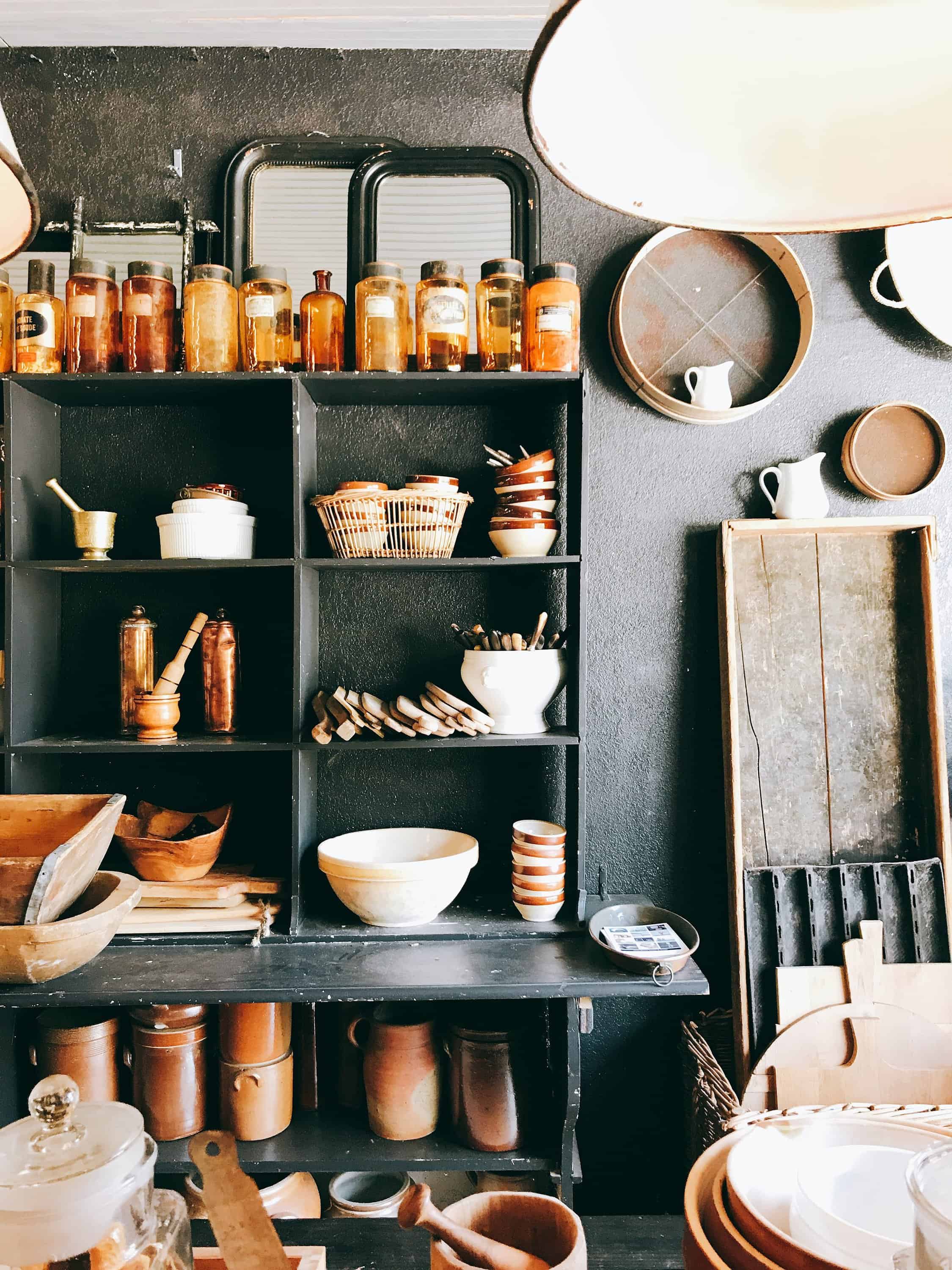 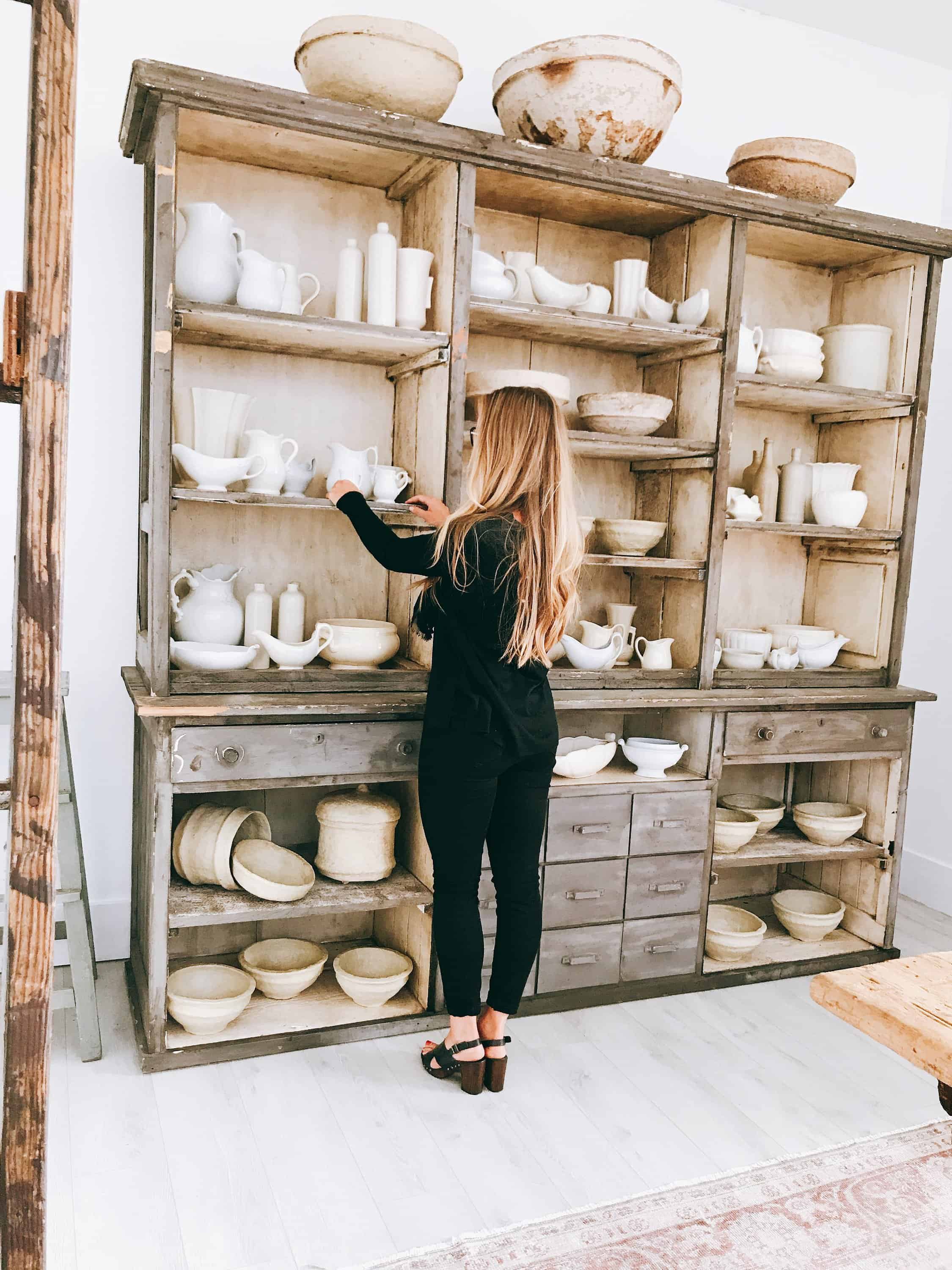 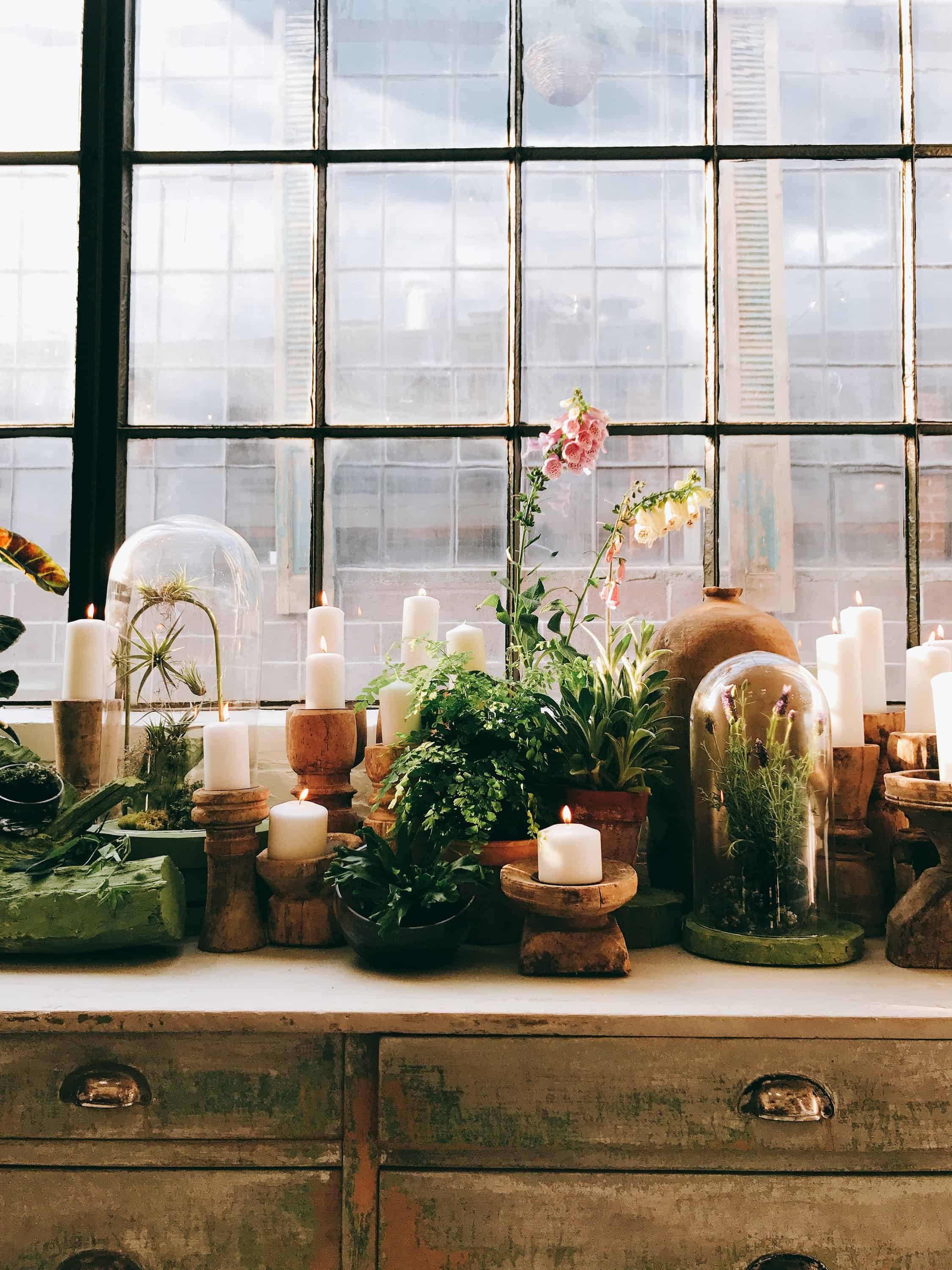 I am back on the ranch, and have spent the day with my girlfriends and sister. She will be leaving tomorrow to go back to school and start a new job, which is great, but I will be missing her terribly! I hope you had a great week, and thank you so much for stopping by!