When Neighbors Come Together: Bonfires & S’Mores on the Ranch

The other day Greg got home from work only to be greeted with more work. Our neighbor’s ranch was spending the Saturday afternoon BBQ’ing & putting up a tent, which required some help from neighboring hands. 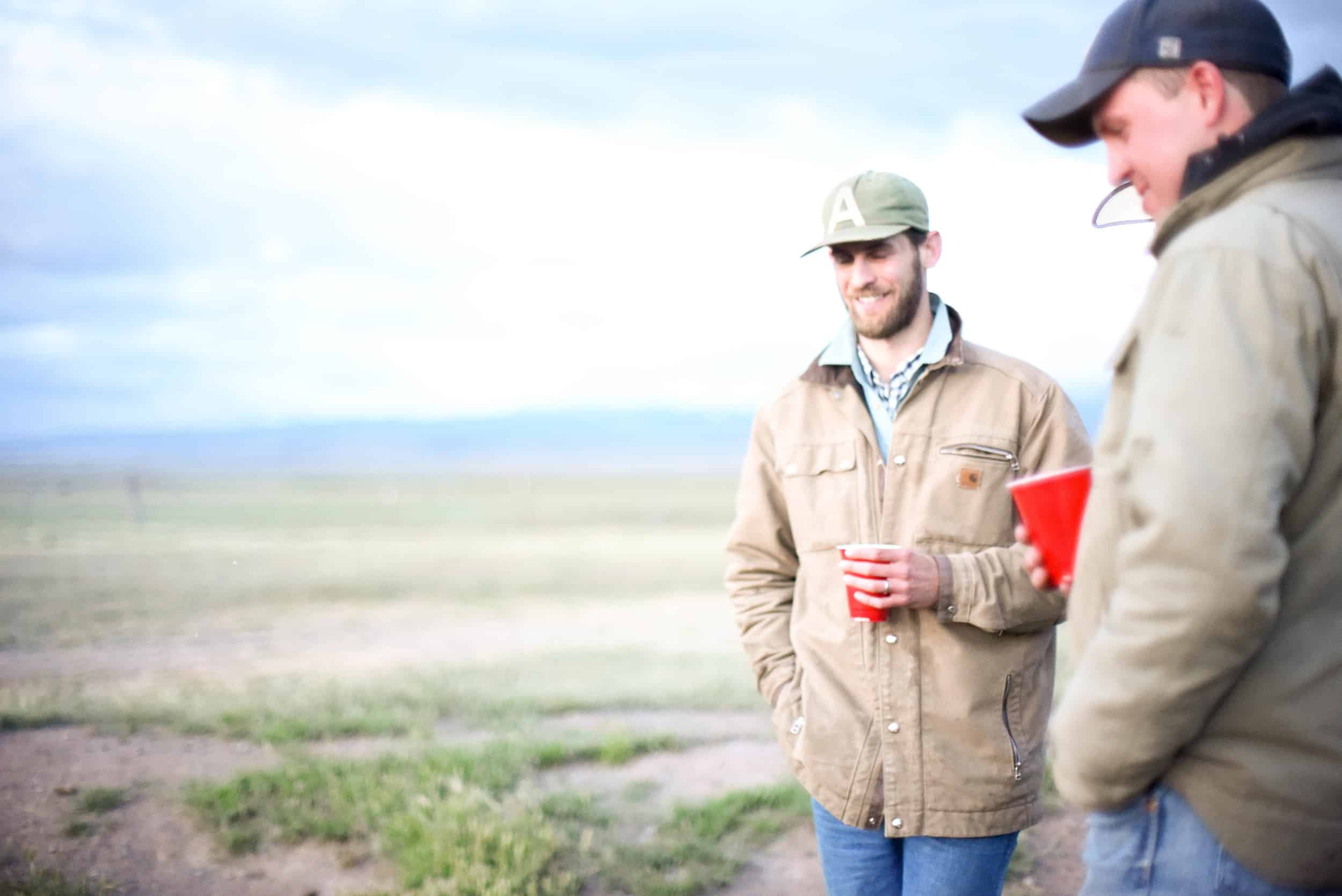 The boys enjoying some good beer on Tap from Lakeview Lockers

I couldn’t quite understand why a tent was necessary to have the BBQ. I’ve never had a BBQ in a tent, and I imagined all of us ducking to get in the little tent opening hole. Stuffy & crowded with a BBQ in the middle. It seemed quite unpleasant. The only reason I could think of them putting up the tent was because it was a little bit windy, but considering these ranch people will fix a fence in a snow storm, the wind really didn’t seem all that daunting to the success of a BBQ. All I knew, is that I had the ingredients for s’mores, so I was excited. (Calories don’t count when you eat s’mores at a bonfire. Am I right?)

When I got to the tent site, the boys (about 10 guys from the ranches in the area) were digging giant holes, and putting up a giant tent. It was the size of a circus tent, and it didn’t even have sides. I was still confused as to why this tent was necessary for the BBQ. It sure seemed like a lot of work for some prime rib & our comfort. Which really wasn’t even that addressed because of the missing sides. I wondered if they were going to add the sides later.

It was cold, so I opened up a bottle of wine to warm up, and considered eating some of the s’mores ingredients. 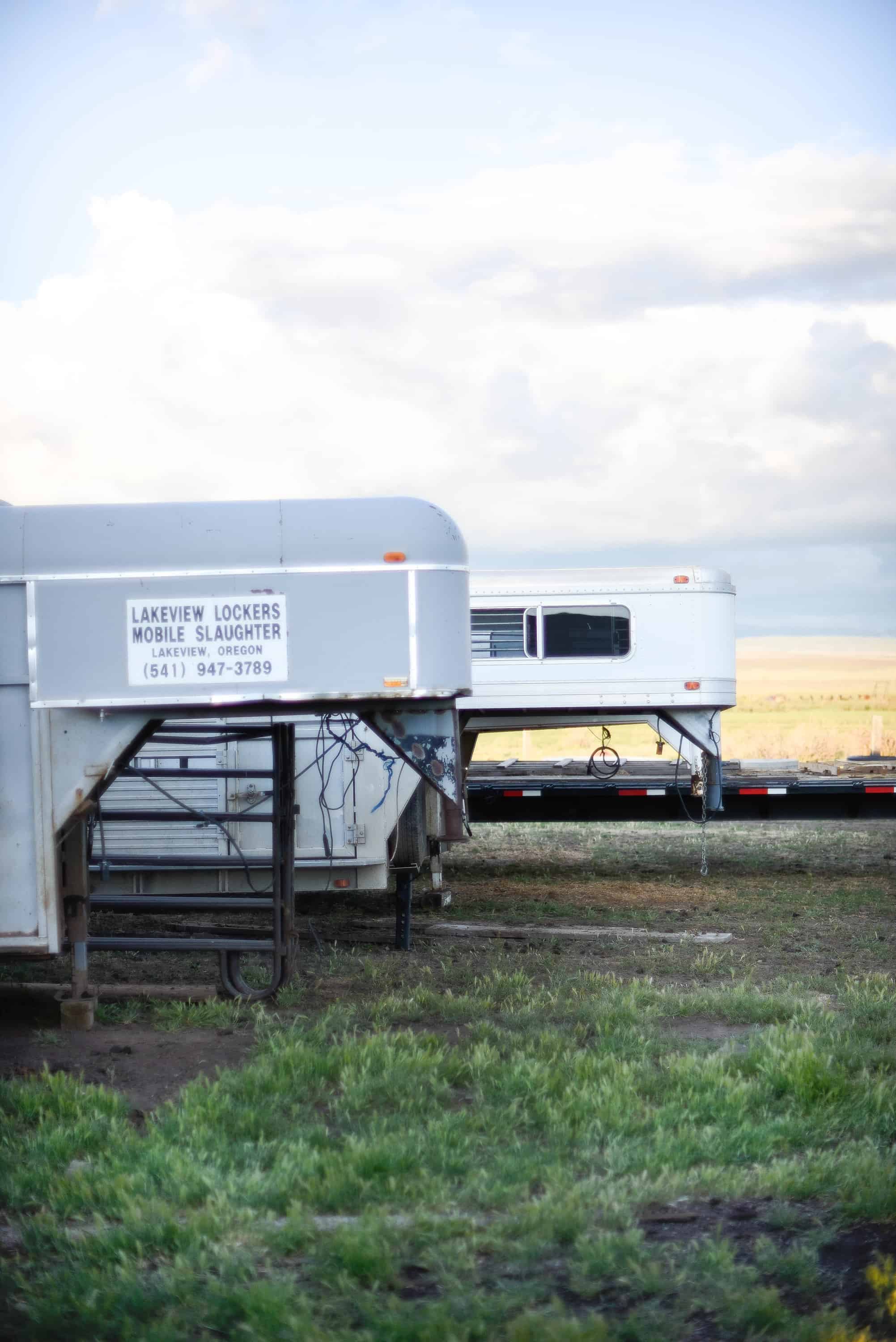 The ranch we helped also owns Lakeview Lockers – a deli & butcher shop with beer and wine!

After a really long time, the boys were finally done putting the tent up. And the BBQ commenced. I whispered to Greg, “Why did they put up a tent without sides for the BBQ?”

He looked at me like the way a waiter looks at you when you accidentally order a cheeseburger at a vegetarian restaurant.

“Chloe, the BBQ was just a way to say thank you for helping put the tent up. The tent is their shelter for the entire summer for them.” 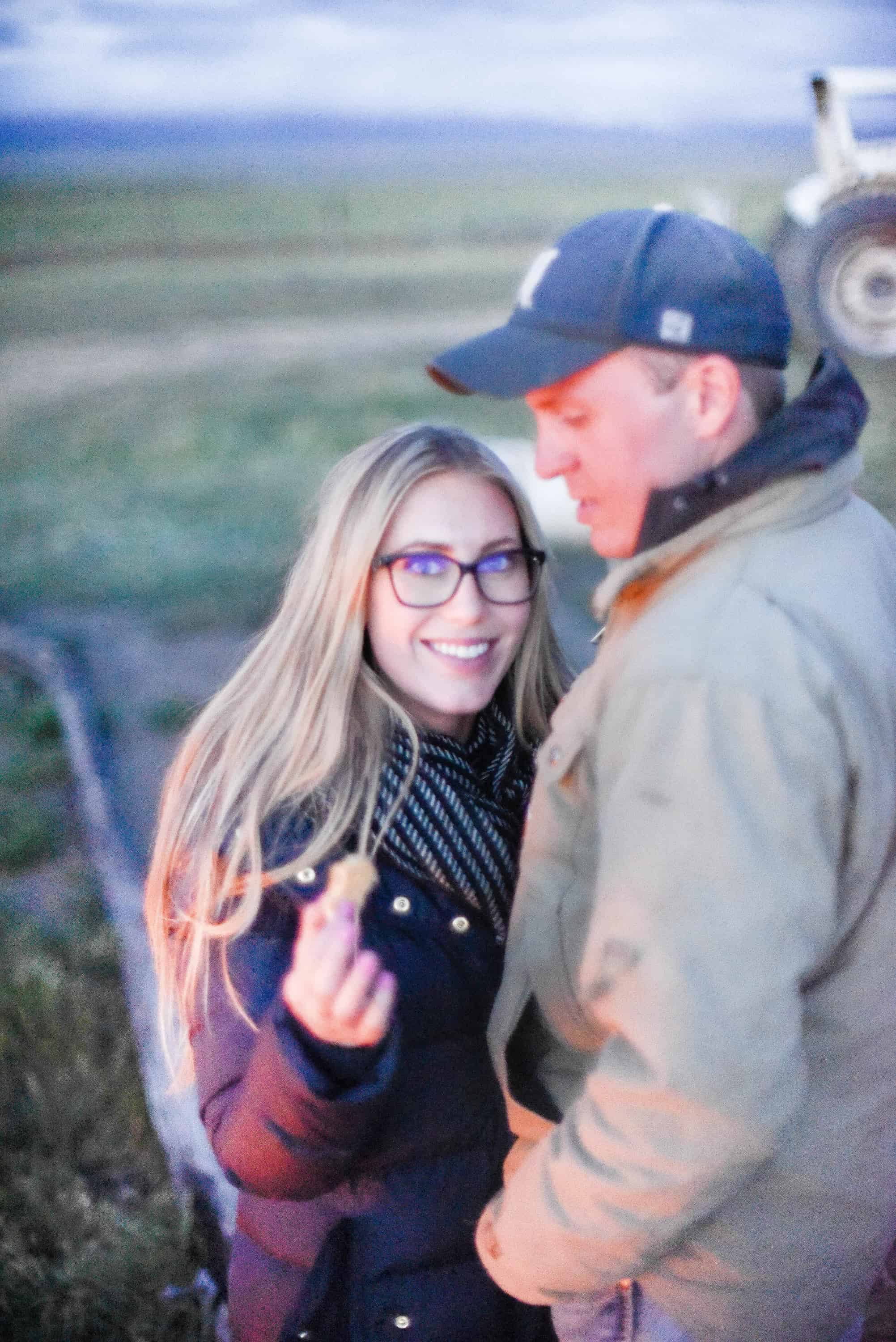 Enjoying s’more  #4, right before Greg cut me off. #chocolatewasted 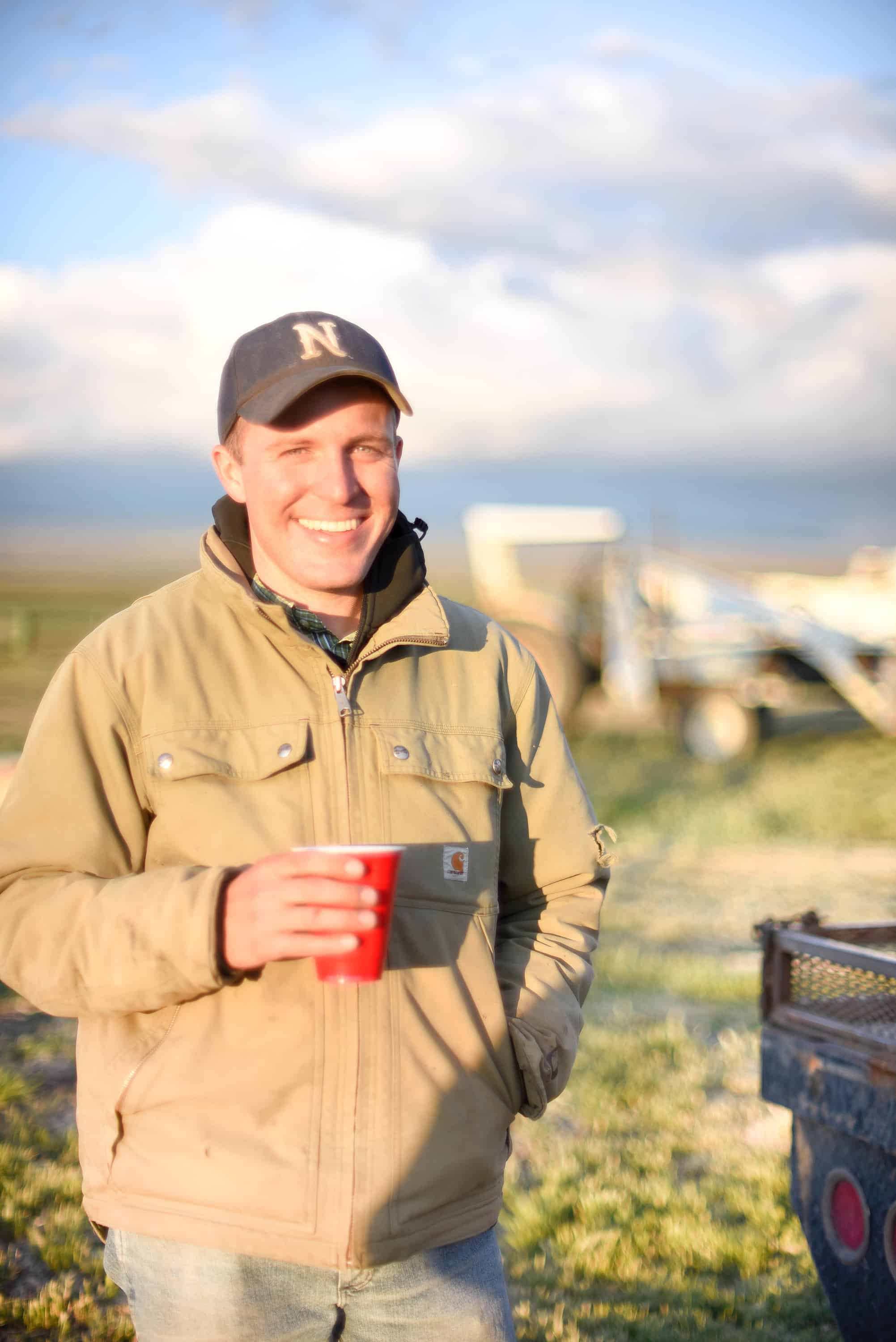 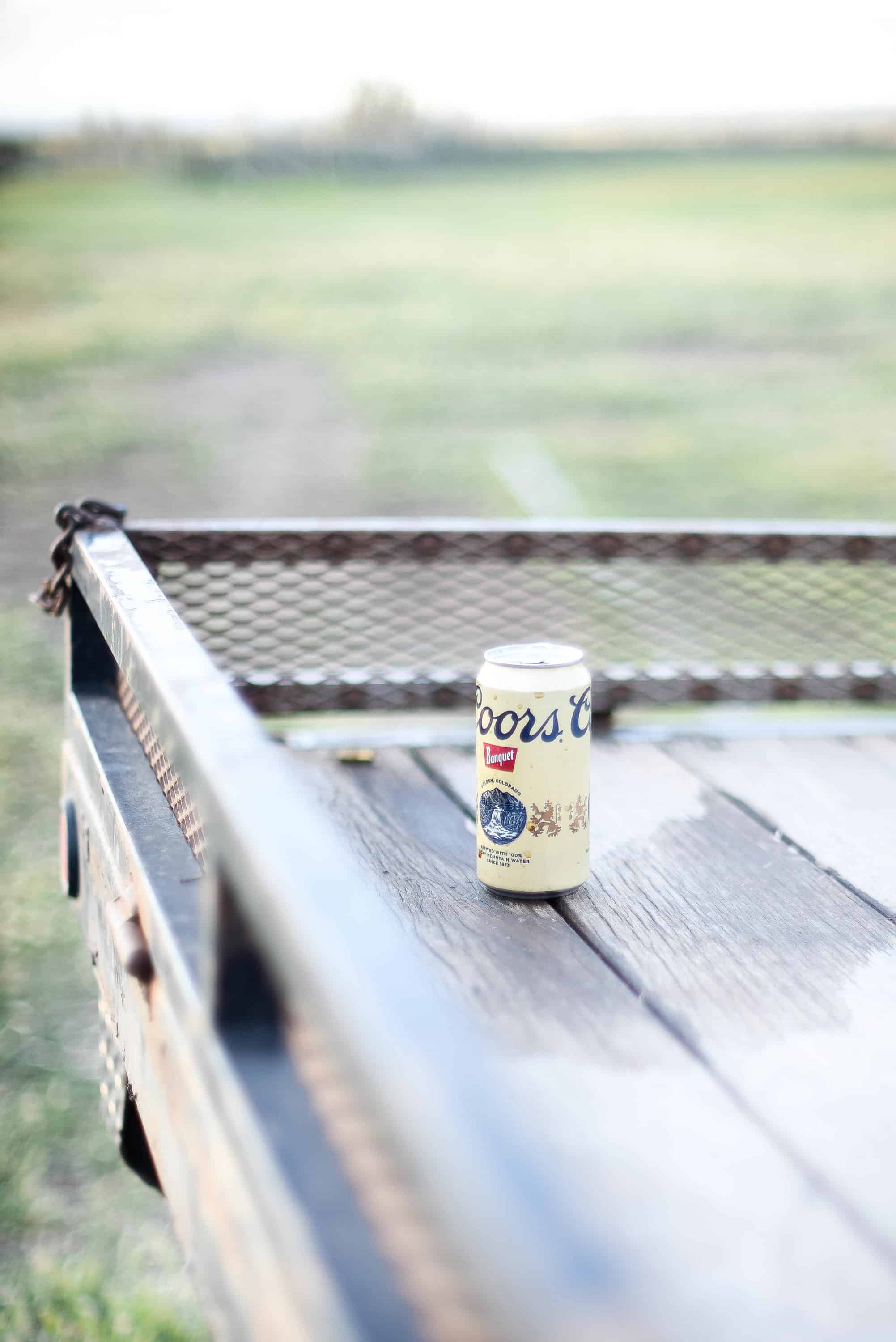 So the sideless tent was really just a job that needed some helping hands, and the BBQ was to say thank you. I felt bad I was eating the food, because not once did I lift a helping hand with the giant sideless tent.

Oh well, I brought wine and s’mores and that had to count for something didn’t it?

After the BBQ, we started up the fire and I made best friends with the kids because I was the marshmallow lady. Actually, I was already best friends with most of the kids because I wear glasses, which automatically makes you cool. I think I might have been the only adult as dedicated to the perfectly golden malllow as those under nine, but after 4 s’mores, Greg cut me off. I really like s’mores. 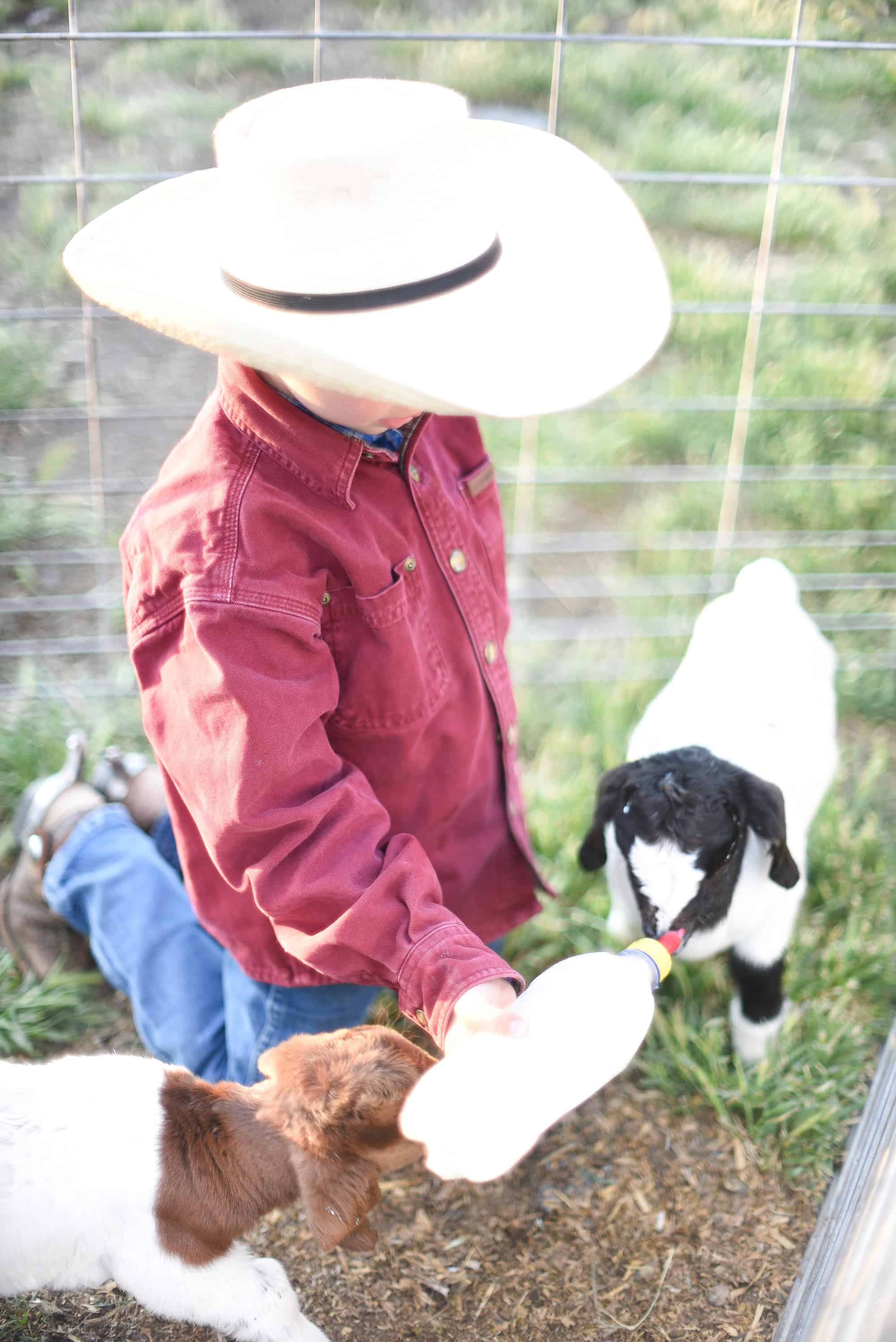 It was so much fun to come together as neighbors to lend a helping hand and enjoy BBQ and s’mores together. I love our little town, and all of our neighbors so much, and I hope they love me too, because next weekend we’ve got a job to be done that needs a few helping hands… Operation ‘goat fence’. I’ll keep you posted.

Until then, I am off to Sonoma for a week. I hope you’ll follow me along on Instagram & Snapchat (both @boxwoodavenue). I’ll be doing some styling work with Sarah Deragon for Cake Bloom as well as meeting up with Chateau Sonoma for some exciting collaborations, and gathering a bunch of content for A Savvy Lifestyle. Have a great week everyone! As always, thank you so much for reading along, it means the world to me to have you as a friend!