Stuffing is by far my favorite part of Thanksgiving dinner. Who doesn’t love a savory baked bread casserole? There’s a catch though, I really dislike sausage, and many stuffing recipes include sausage in them. I can pick through a sausage filled stuffing, but my favorite kind is made without it.

This stuffing without sausage recipe is a compromise that resulted in some seriously delicious stuffing that I’d like to share with you today.

With diced apples, fresh sage, and crispy bacon, this stuffing is moist, delicious, and flavorful! The bacon adds depth to the flavor and the apples are a natural fit.

For extra flavor, I like to sprinkle just a hint of cinnamon and some fresh sage (minced)!

You will love this bacon apple stuffing, it was a crowd pleaser at our recent Friendsgiving and I plan on making it again for our family Thanksgiving.

Get all of your stuffing questions answered here! 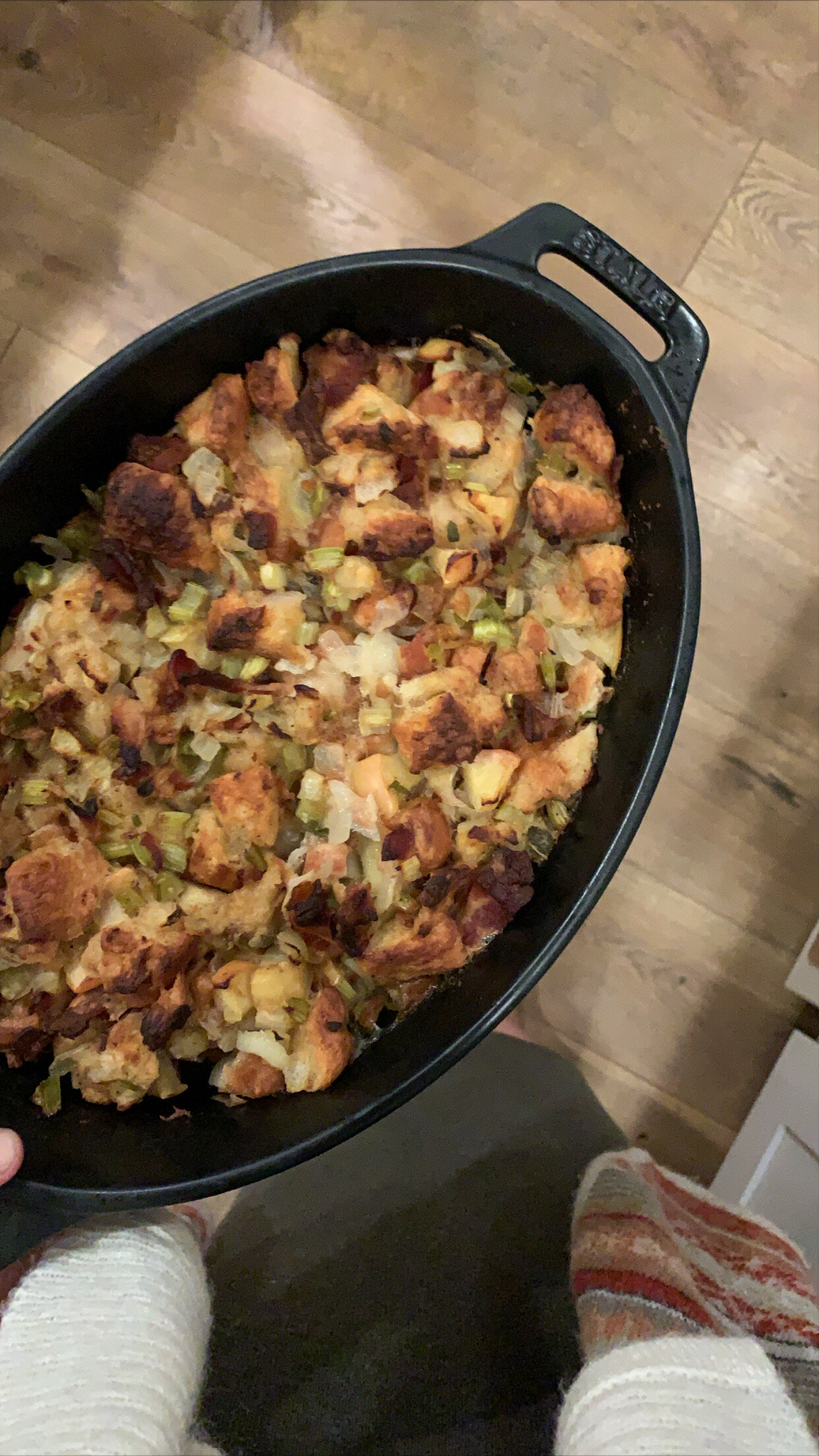