An homemade apple pie recipe with an all butter crust. 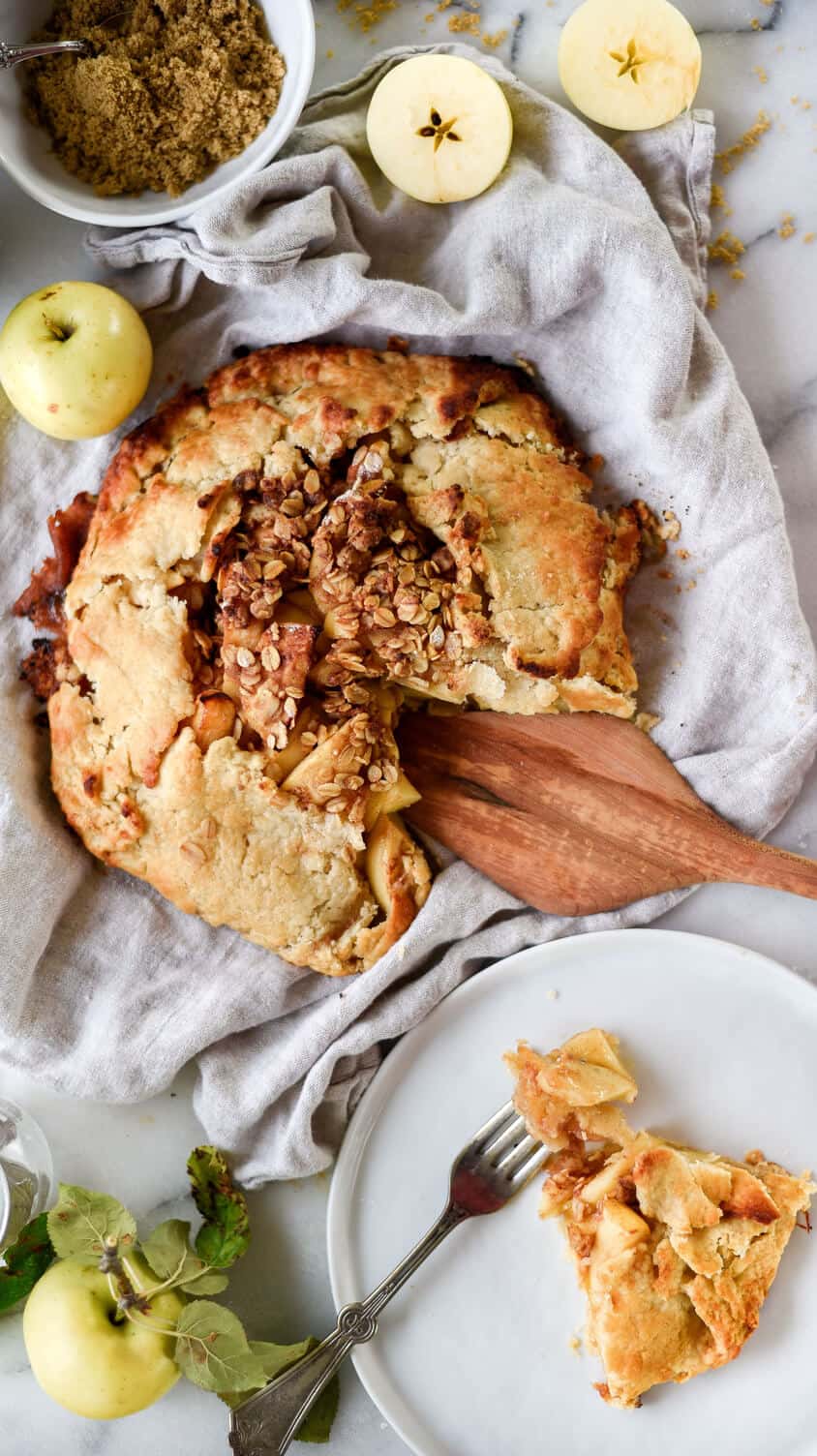 Did I ever tell you about the time I cooked pies for 140 people? I had help, but still. That many pies in one night was a feat for this non-pastry chef. I am much more comfortable with pie crust now, so there’s a plus.

You might be wondering why I am still referring to this apple galette as a pie. It’s not a pie, it’s a galette. Right? Au contraire my friend, this is what we call here in Likely, CA a ‘lazy pie’. My aunt taught me how to make these gems of a dessert, and I haven’t looked back since.

I made this for a dinner party this summer, and my neighbor-cousin, Gabby, asked me what the dessert was called. Without thinking to use its proper name, I simply said, “lazy pie!” Ever since then, the girls at the cook-house have been makin’ lazy pies. Why? Because galettes – lazy pies – require half of the maintenance that a normal homemade apple pie requires. Simply slap that crust onto parchment paper, fold over, and you’re finished. There’s no intricacy to these, and the more rustic, the better.

I almost forgot to mention, with only one crust, each slice is about half the calories of a normal apple pie recipe. Maybe I should call this skinny apple pie? I won’t go that far ;). 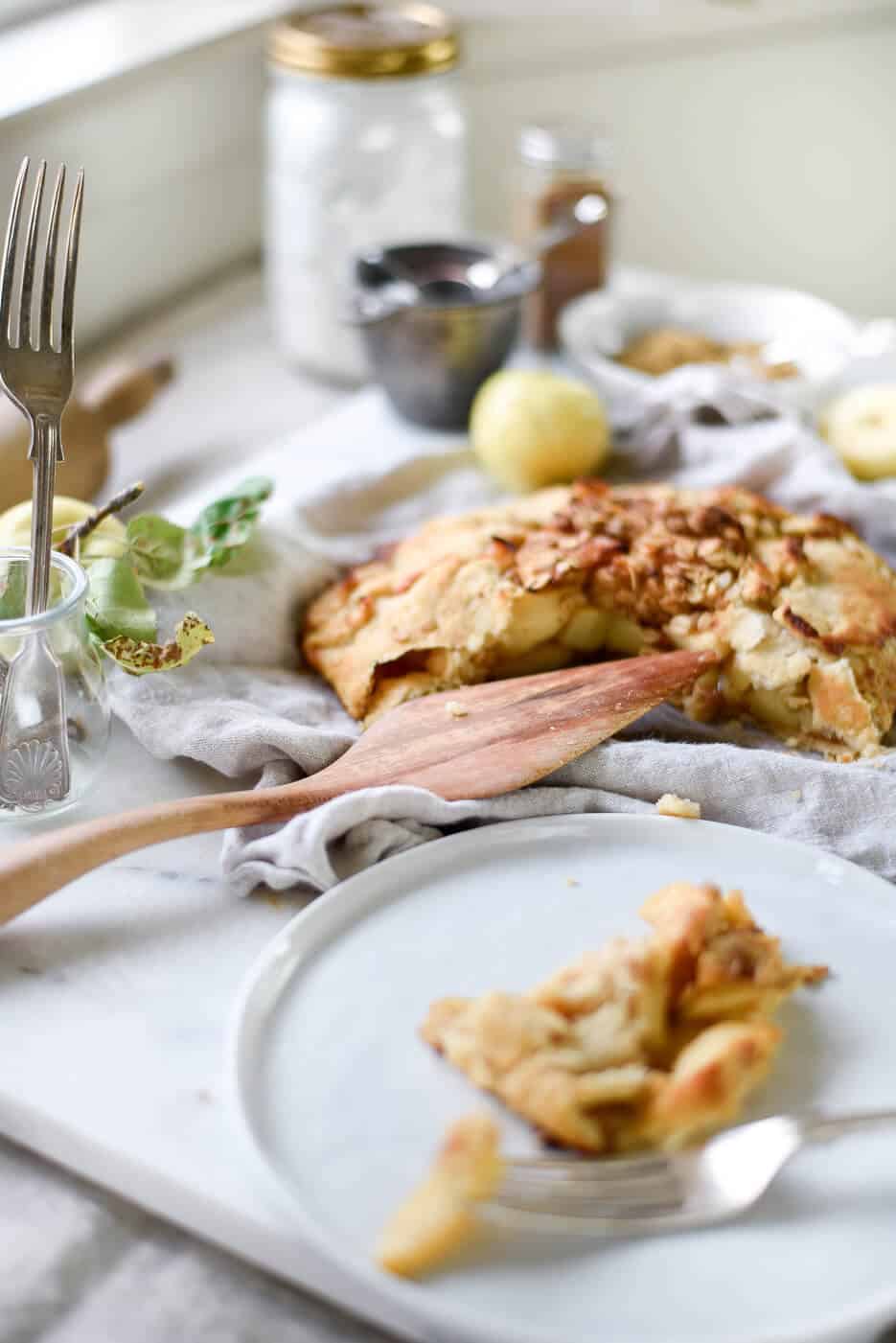 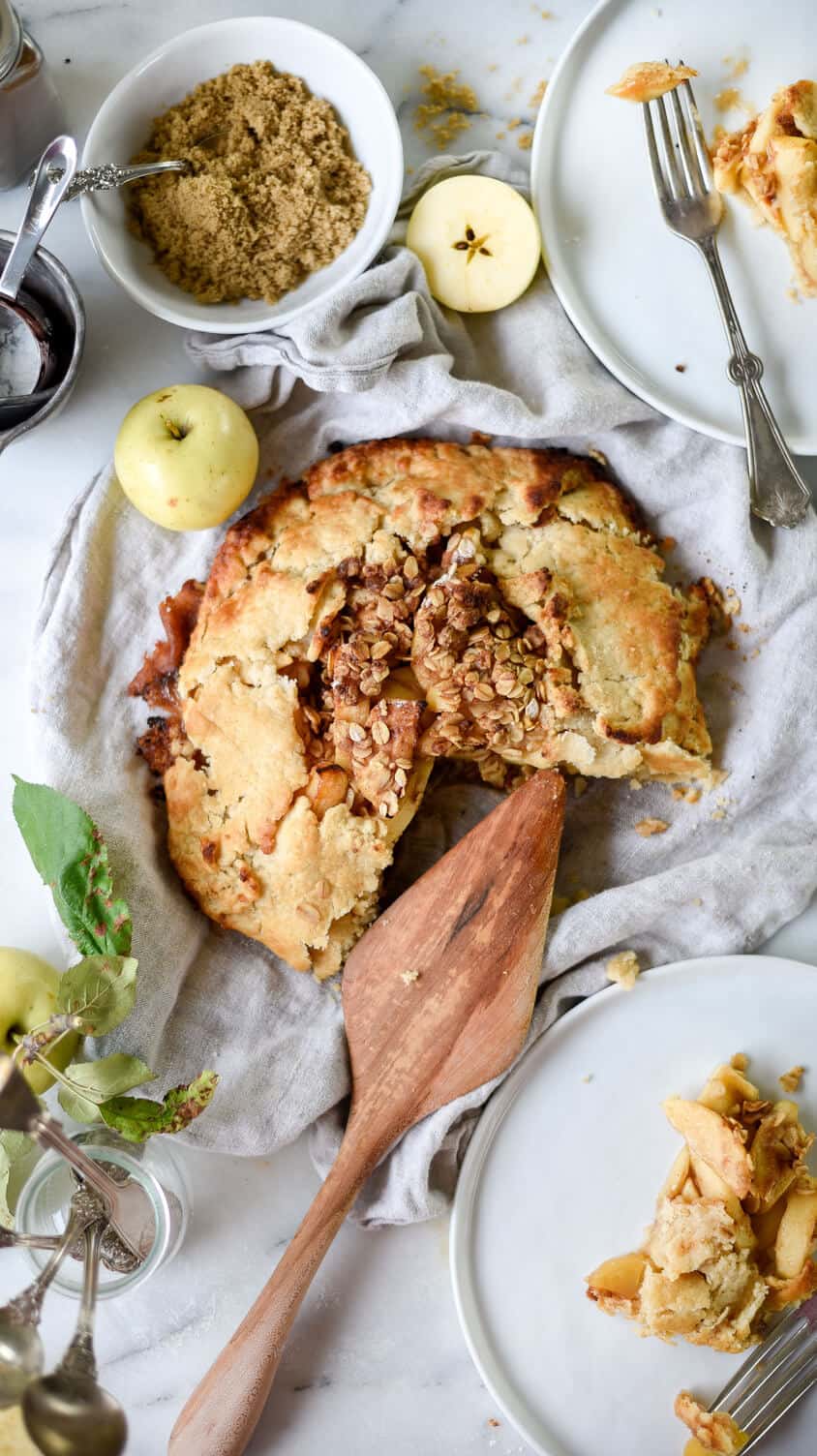 Step 1: In a medium bowl, stir together salt, sugar, and flour.

Step 2: Use a sharp knife to cut the butter into pea sized cubes. Place in the freezer for 5 minutes.

Step 4: Add half of the water-vinegar mixture. Using your hands, work the dough into a uniform mixture.

Step 5: Add the remaining liquid, and work the dough into a ball. Work quickly so as to not melt the butter.

Step 6: Place the dough onto a piece of plastic wrap. Press into a disc, and place in the fridge to chill for at least one hour.

Preheat oven to 400 degrees, and place an empty cookie sheet inside of the oven.

Step 1: In a medium bowl, combine apple slices, lemon juice and toss to coat. Add sugar, cinnamon, vanilla, and cornstarch. Stir until combined. Allow to sit for at least 20 minutes so that the apples release a fair amount of liquid.

Step 2: Combine the streusel topping ingredients in a small bowl, and using your hands, mix the ingredients to form a uniform mixture. Set aside.

Step 3: Meanwhile, roll out the pie crust into a 1/4″ thick circle. Place onto a cookie sheet lined with parchment paper, or a silicone baking mat. Chill until the apples are ready.

Step 4: Remove crust from the fridge and place the apple slices into the center of the crust to form a heaping pile. Keep the remaining liquid from the apples.

Step 4: Gently fold the exterior of the crust over the pile of apples. If you notice any tears, use a bit of egg white as ‘glue’, simply brush it onto the tears and use your fingers to patch together.

Step 5: Add the streusel topping to the apples peeking through the center of the galette.

Step 6: Brush liquid from the apples generously over the entire galette.

Step 8: After 15 minutes of cooking, use a brush to add the remaining apple liquid onto the streusel topping in the center of the galette. Allow to cook for an additional 15-20 minutes. Once the crust is an even golden brown, remove it from the oven and let cool for 10 minutes. 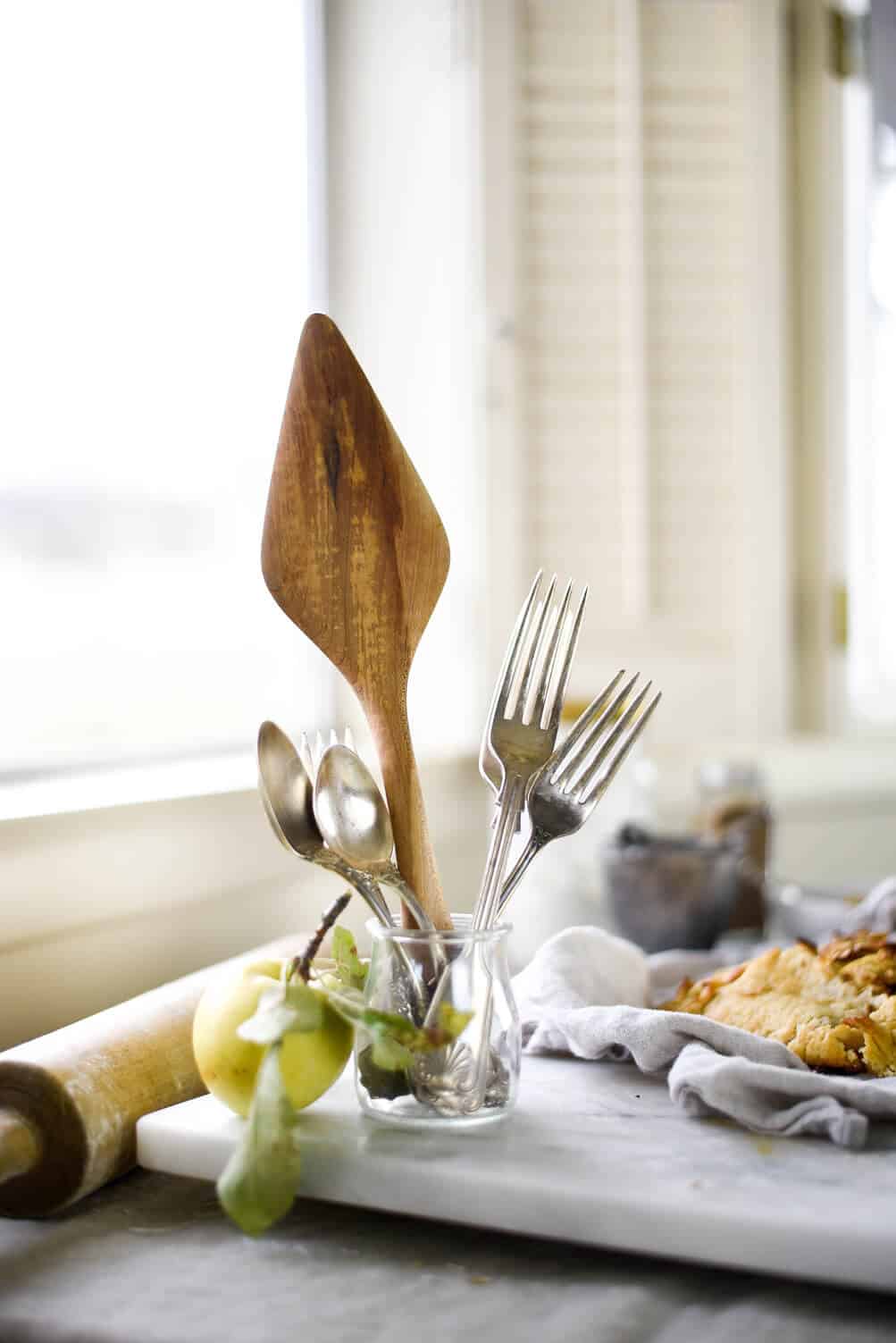