“God put a rainbow in every cloud. The rainbow is coming. Say, “thank you,” even though you can’t see the rainbow. It’s already there.” -Maya Angelou 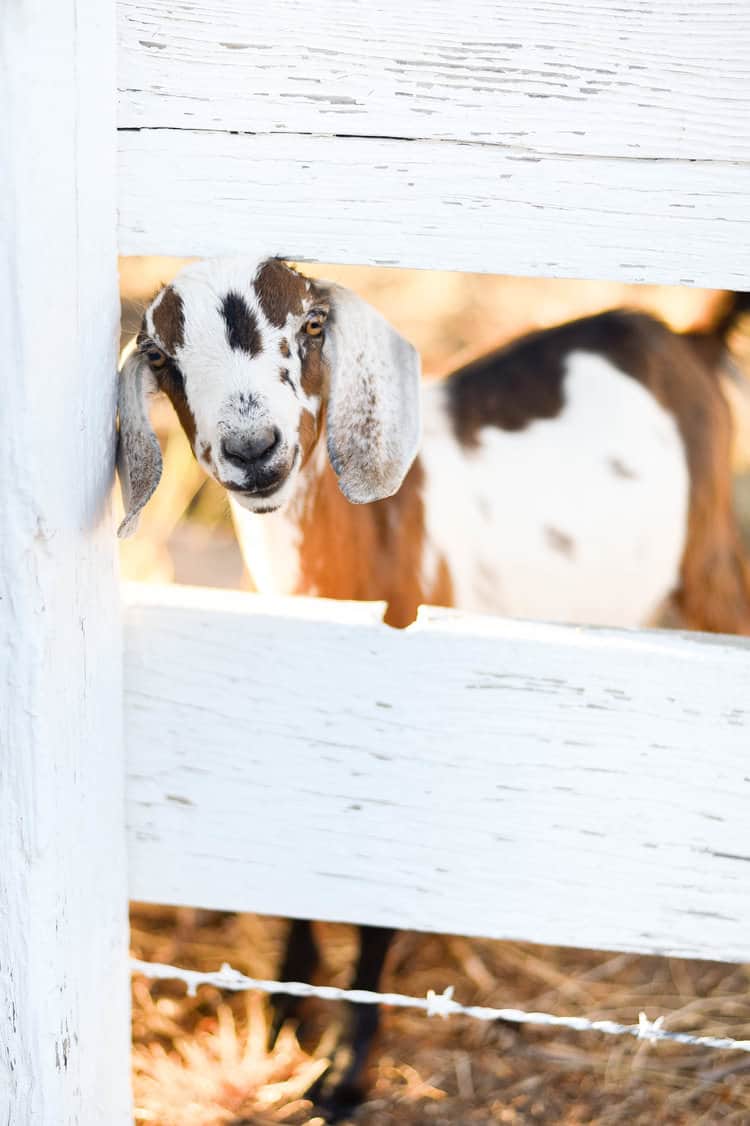 I just came inside from the Love Shack after tucking Buckwheat in. It was hard for me to leave him because this is the first time he will ever be alone, and I know he is not going to fare well without his brother. Elderberry left us tonight.

My heart is so sad, Elderberry was not just a goat to us, he was, like any pet, a part of our family. From the first day I got him, he was so affectionate and dependent upon me. He loved sitting in my lap, and when he was little, he fell asleep in my lap every. single. night. I have a deep love for animals, and to feel the love back the way Elderberry did was so incredibly joyful. It’s hard to believe I will be able to love another animal the way I love Elderberry.

I have received so many messages, texts, and calls, and they have meant so much to me during this time. Thank you so much for thinking of us; it’s been rough, but I am so happy he isn’t suffering anymore, as cliché as that sounds.

It all started off with him being a bit “off” – just not his normal self. Within a few days I realized that whatever was going on was more serious that I initially thought. We administered some antibiotics and fluids and hoped for the best. Things didn’t improve. With more observation, I noticed he was quite anemic, so we de-wormed even though his fecal showed no signs of worms.

It was a long holiday weekend, and I felt horrible calling the vet on Christmas eve, but I was getting pretty desperate. We gave him a dose of antitoxin and a steroid shot. My father-in-law is a doctor and said that the steroid shot is something they also give to humans to “keep them alive”. This was grave news. 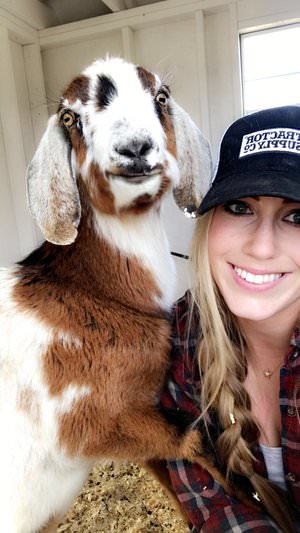 When the vets office opened after the holiday, I took Elderberry in for some blood tests because of his anemia. We discovered that his PCV was around 8, normal is 40. My poor, poor baby. My vet suggested a blood transfusion to try and save him, I was willing to give it a shot. I posted on Facebook asking if anyone in Alturas would be willing to let me use blood from their goat, and within minutes, I had more goats than I knew what to do with. It was proof that this community is astonishing. It’s hands down my favorite part about living out here.

I called up one of my friends and asked her if she could take an early lunch break to help me go get a goat. So we headed out to get our donor goat, which proved to be full of laughs. We loaded her into the back of my car, and within an hour the transfusion was complete.

I was able to take Elderberry home that evening, he seemed to be feeling a bit better and drank quite a bit of electrolyte water on his own. I was happy about this because he hadn’t been interested in food or water all week and I had been syringe feeding him. The vets left his IV catheter in his neck for me, so I was able to give him Vitamin B complex and fluids easily.

The vet suspected that Elderberry was suffering a hemolytic crisis due to copper poisoning. I remembered that when Buckwheat was sick, we had ordered medicine for him that we never ended up using. The medicine is a hard to find drug – ammonium tetrathiomolybdate –  that took a long time to get, and by the time it arrived, we no longer needed it because he had recovered.

I sent a photo of the drug to my vet asking if it was the same drug he had planned on using on Elderberry, and he said yes! The following day we weighed and mixed dosages for Elders, but by this time his health was failing fast. I noticed his nose was twitching more and more, a sign that he had been off food for too long – neurological problems. He also wasn’t able to stand very well on his own any longer, he stumbled and moaned. It was so sad, and in my mind I had made the decision to euthanize him if he wasn’t any better in the morning.

Still, I wanted him to be comfortable throughout the night so I started a glucose IV to help give him energy. My sister and my goat-napping friend came over for dinner, and during the time we were eating dinner, Elderberry passed away. When I walked into the Love Shack he was laying on the ground, and I honestly didn’t believe it at first. I held him and cried. I wished that I had been there for him. I wished I could tell him I loved him one more time. I wished I could kiss his sweet face just one more time. 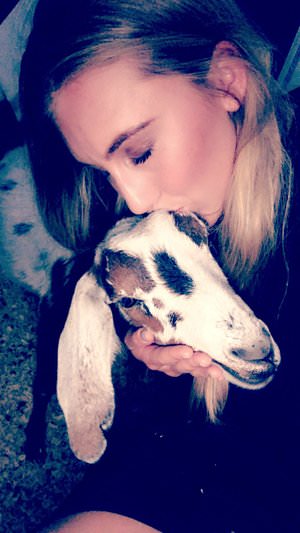 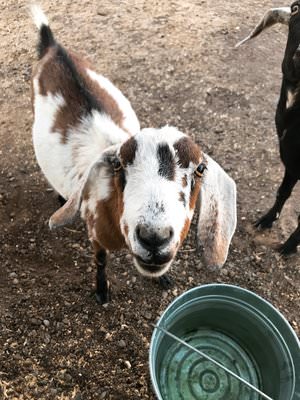 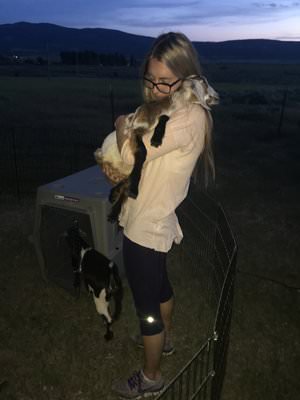 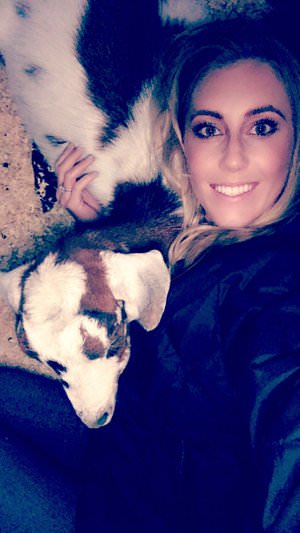 As you’ve probably gathered, Elderberry wasn’t just a goat to me. I treated him like a part of our family. I raised him from a baby, and spent hours every evening with him. Once, my therapist asked me what I did for my “me time”, and I told her, “I spend time with my goats.” She said that was the first time she had ever heard that before. I will miss Elderberry terribly, he was so special.

Tomorrow we will bury him under the apple trees, one of his favorite spots to graze. I will plant an elderberry bush to remember him by, and I will make elderberry pie every year and think of him. Every time I pass an elderberry bush on a long ride I will say a little prayer for him.

Maybe you think it’s strange for me to be writing about this so soon after he has passed, but just being able to share his story and share photos of him makes me feel a little less sad. The first thing I did when I found him was call one of my best friends; being able to talk about it and share it with someone close to me made me feel better, even though there was no true purpose in me calling to tell her. If I’ve learned nothing else throughout this, just being there to listen is one of the best gifts you can give to someone hurting.

Of course, I am so sad, and my heart is hurting, but I am able to see the silver lining in it all. Practicing gratitude in all things. Even during times of pain…

I am so lucky to have been able to love something so fully and so deeply, and care for it, and then say goodbye, a lesson in God’s love. I was also shown the strength of our community, which makes me so very happy. I am so thankful to live in such a wonderful town. I am also thankful for the veterinary staff for being so wonderful, I feel lucky to have such caring and smart people to help me during times like these.

As I close out the many tabs I have open on my computer all about “copper toxicity” and “ammonium tetrathiomolybdate“, I count my blessings and take note of all that I have. A warm place to sleep. Food in the refrigerator. A car in the driveway. Warm coats in my closet. I am thankful for my own health, and for the health of my family. There is so much to be thankful for, even in times of struggle.

Thank you for reading and being a support system, I can’t tell you how much I appreciate you taking the time to simply listen. I look into the new year full of hope and gratitude. 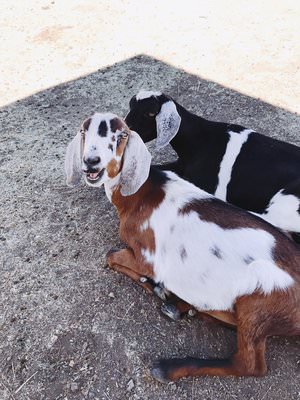 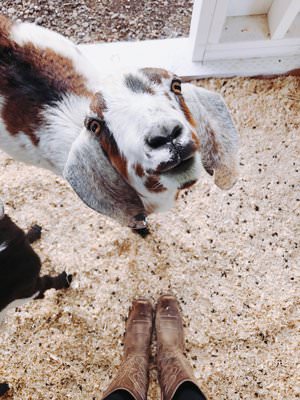 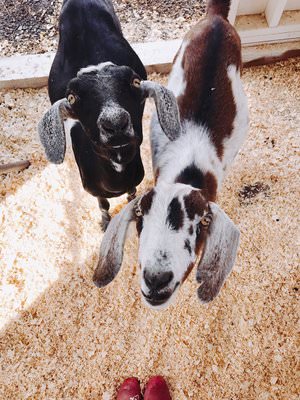 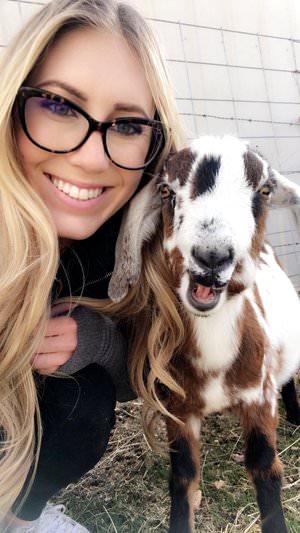 “Everything that is happening to you, is being drawn into your life as a means to help you evolve into what you were really meant to be here on earth. it’s not the thing that matters, it’s what that thing opens within you.” -Oprah