One of the easiest perennials to grow in your garden! Here’s how to plant rhubarb, plus a few amazing recipes! 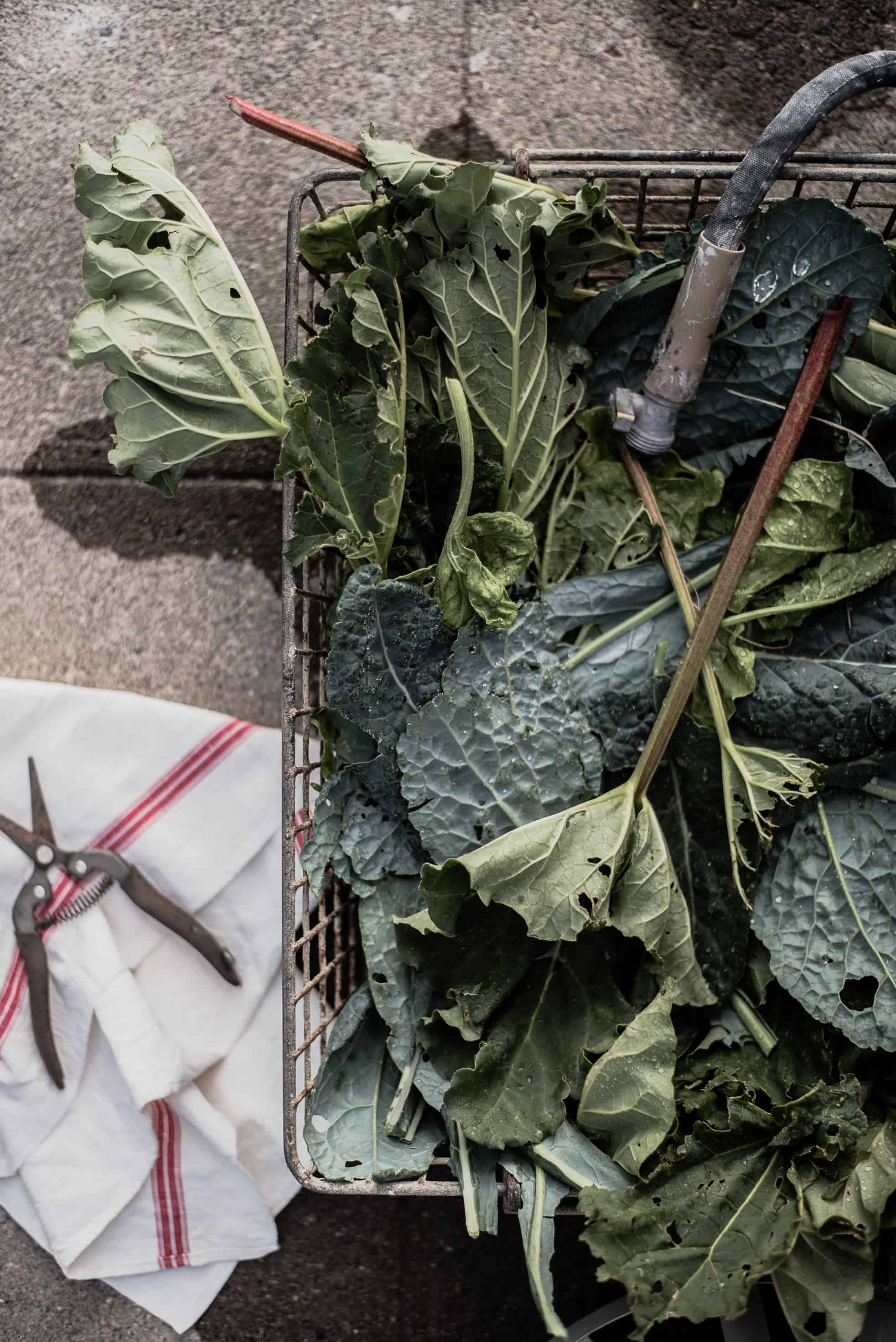 Rhubarb is one of those plants that you can stick in the ground and forget about it (providing that you live in a cool climate, zone 6 or cooler). Much like Asparagus, Rhubarb is a perennial that will come back year after year without too much care. In fact, once you plant it, it’s hard to stop it from coming back.

So, how do you grow rhubarb in your own garden?

Rhubarb can be grown from seed, but typically rhubarb is planted from a crown or yearling purchased at a nursery. Plant in early spring, just as the ground has defrosted, and while the crowns are still dormant. If you’d rather, rhubarb can also be planted in the fall before the ground freezes. A crown is like a bulb, it is placed in the soil, covered, and after waiting…the stalks begin to emerge.

Earlier this week, my girlfriend told me, “I planted rhubarb, but it’s not coming up!” Well…the first year will probably yield very little, if any. If you do have any stalks come up, leave them be. Your plant will need its first year to acclimate to its new home. 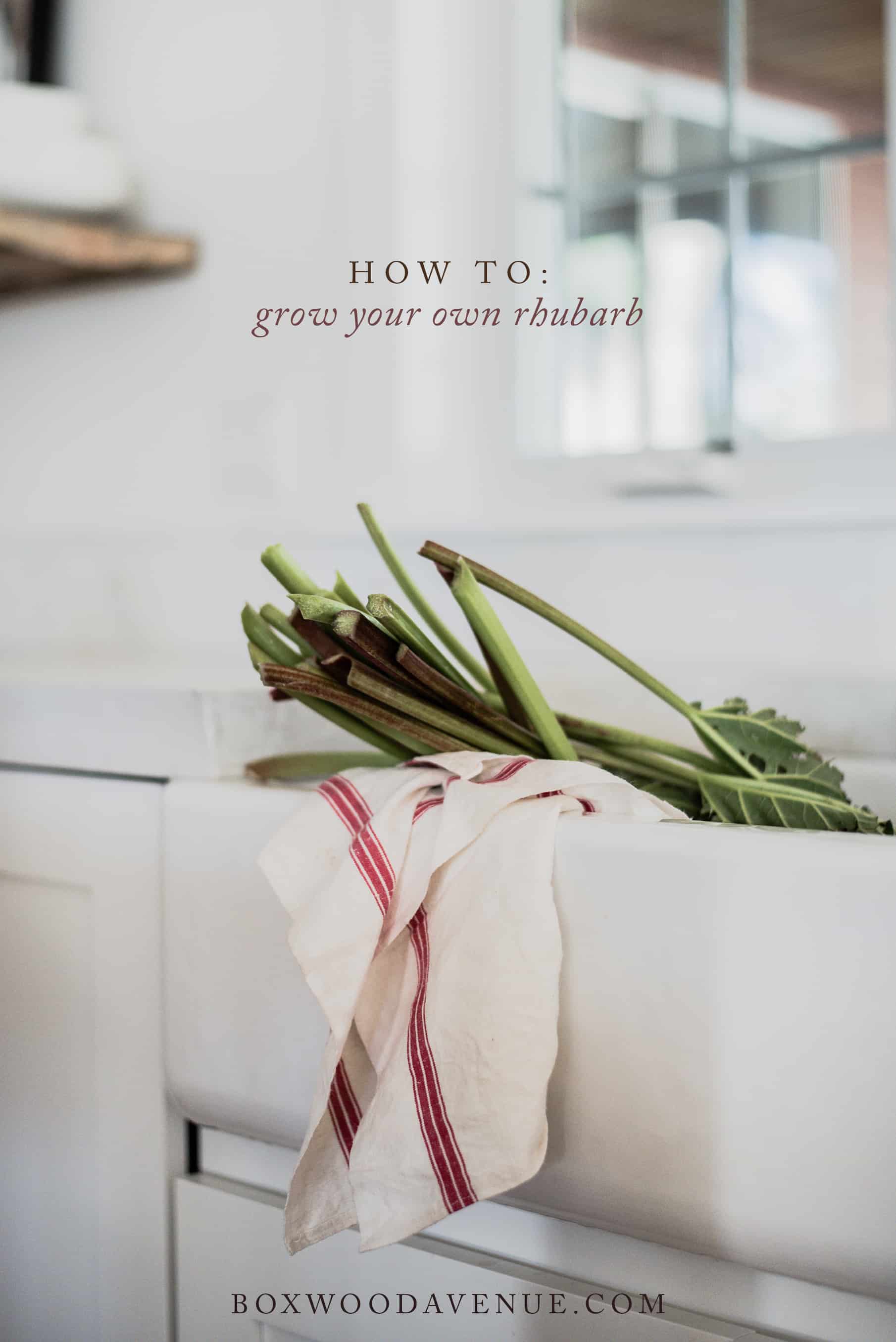 When your rhubarb is ready to be harvested, simply snip the 1 foot stalk (give or take) off at the base of the plant. Once you begin to see seed stalks, remove them, and if the stalks appear to be thin, leave them be – it means your plant’s food reserves are low. During the hot summer months, it is best to resist harvesting all of the stalks from your plant at once. Removing all of the stalks in the hot summer months can stress the plant and reduce production, or kill it. However, I did not follow this rule, and the new stalks are already coming up. Rules were made for breaking.

Rhubarb plants like to eat the good stuff: mulch, manure, organic matter, you name it. They also like lots of water, and dislike nitrates in store-bought fertilizers! After harvest has ended in the late fall, protect the plants with mulch and manure. After 3-4 years, you should dig up dormant crowns and divide to multiply your crop. One of the fabulous things about it is that they are self sufficient, and they aren’t prone to any pests. Simply keep them weed free, and you will reap the rewards! 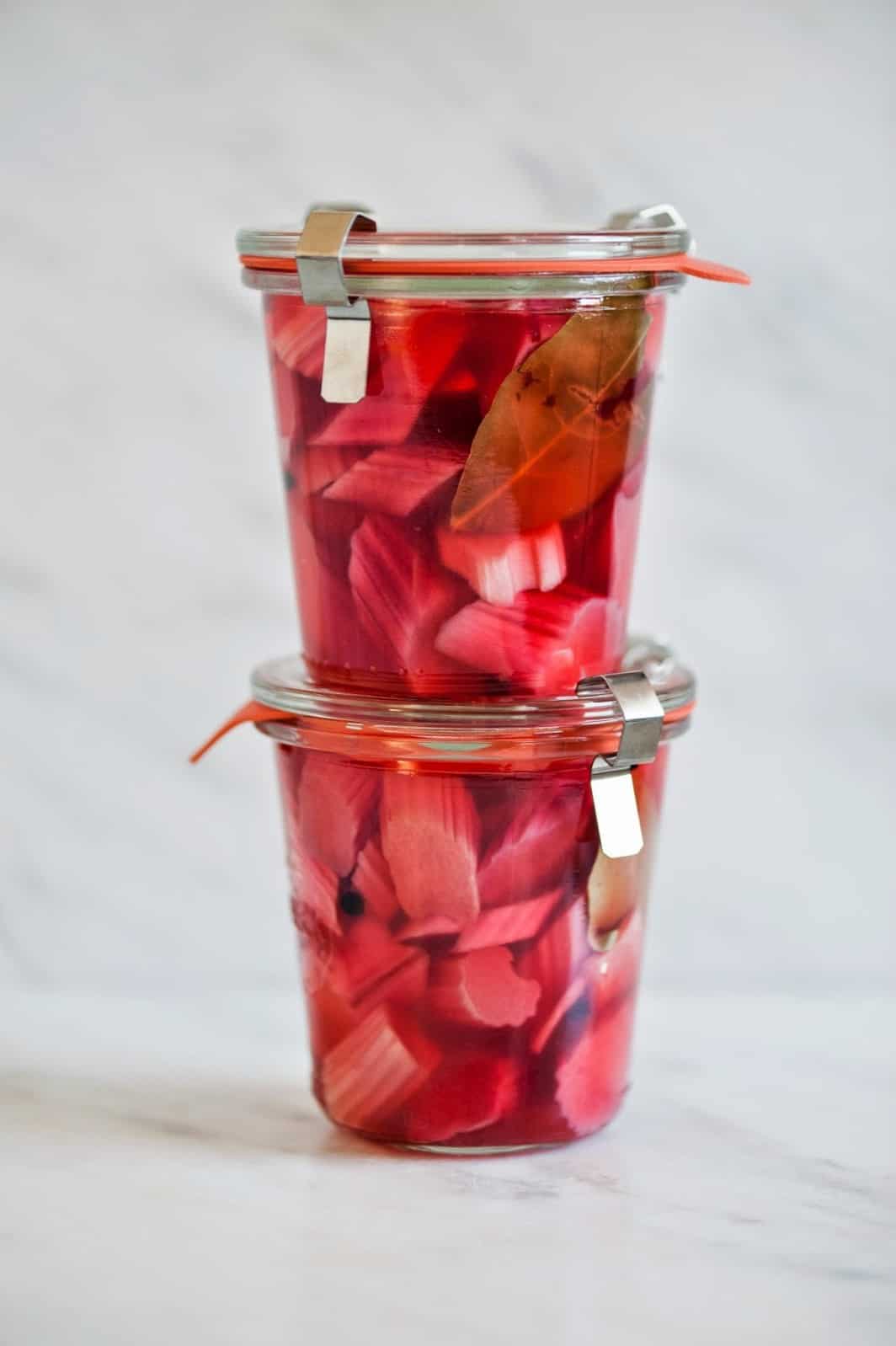 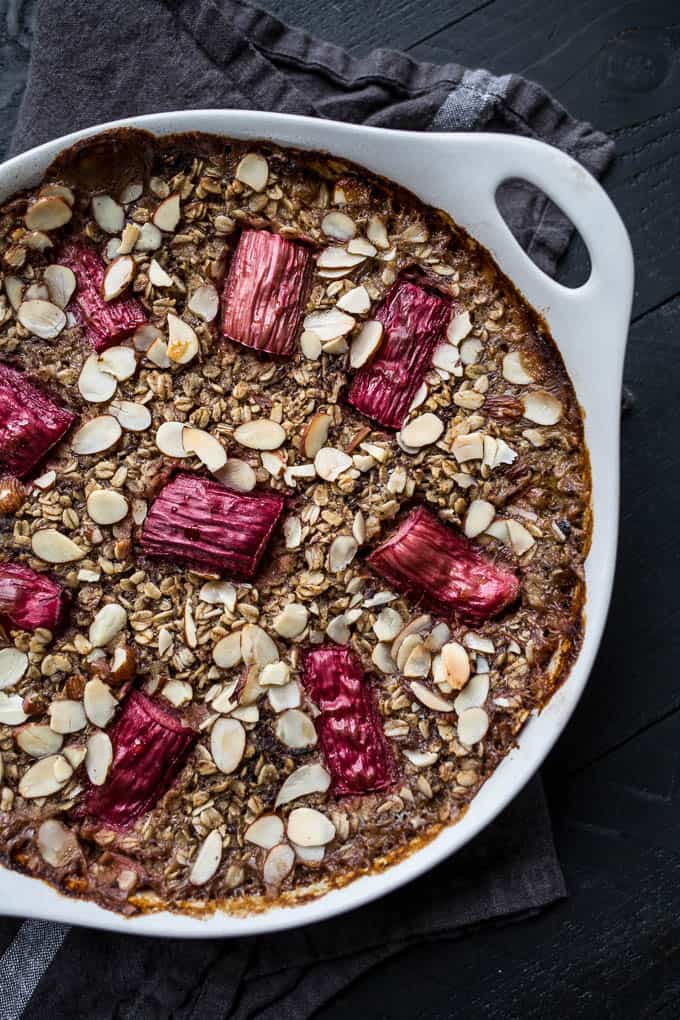 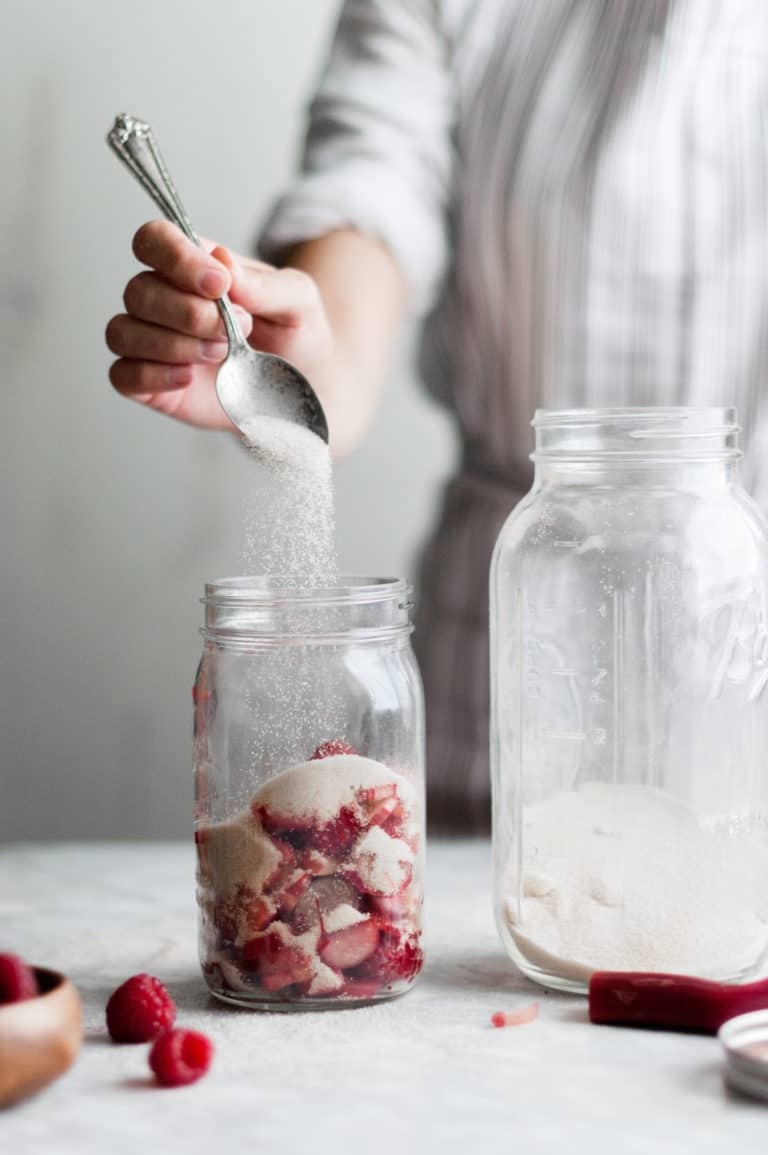 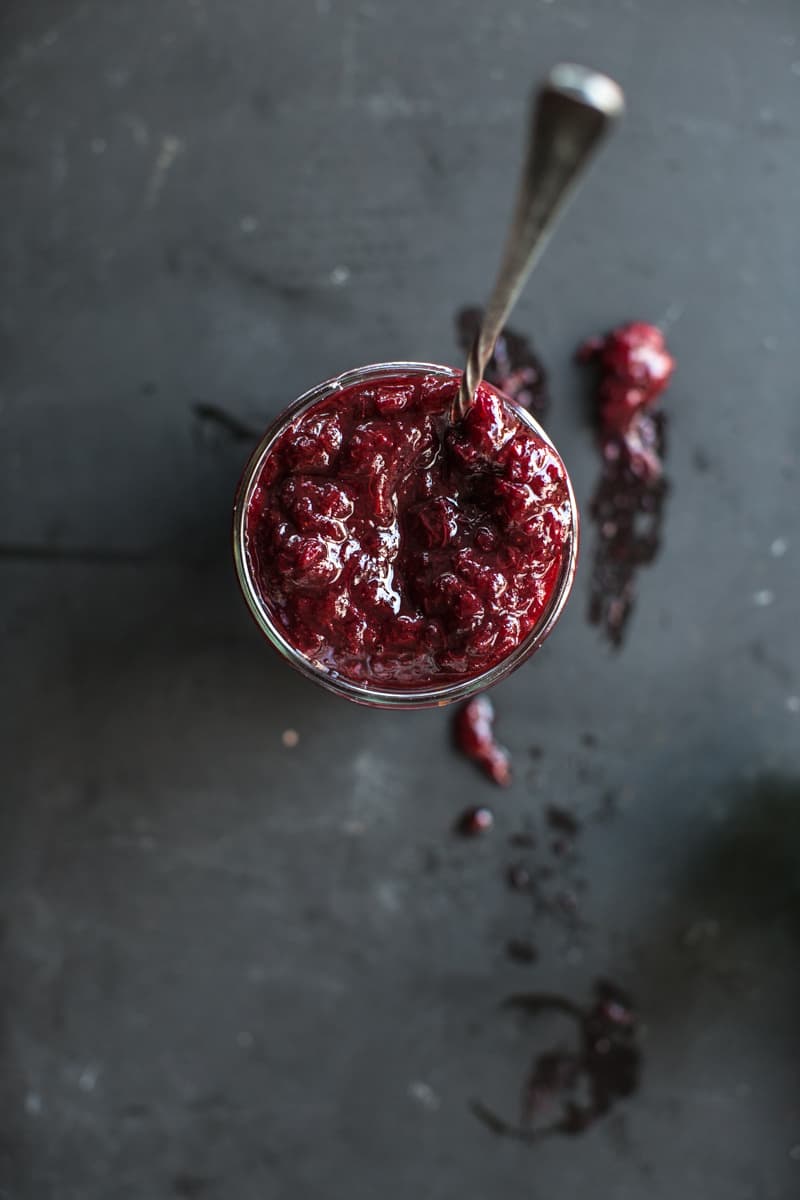 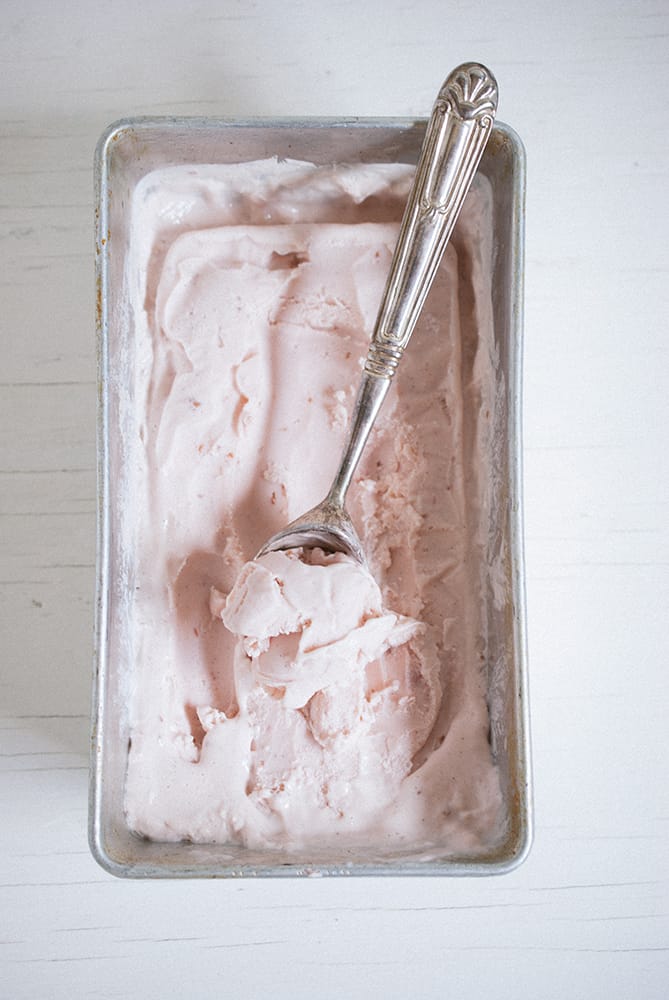 :: Citrus & rhubarb heaven in cake form from Tending the Table.

:: Step up your breakfast game with rhubarb baked oatmeal from Salted Plains.

:: Shrubs are delicious and versatile, try this rhubarb version from The Kitchen McCabe.

:: Swap traditional strawberries for cherries; you won’t regret it. (via Floating Kitchen)

:: We made a variation of this strawberry rhubarb balsamic jam in France. It was delicious with brie & french bread!

:: Skip the sugar and try this savory roasted salmon from Feasting at Home.

:: This recipe is so easy, and would be the perfect dessert at your next BBQ! (Plus it’s stunning!)

:: Cool off with this simple rhubarb frozen yogurt recipe!

{add to your kitchen}